Potential electric F-150 buyers love the Pro Power Onboard feature, among other things.

If the early numbers are any indication, Ford has a major winner on its hands with the F-150 Lightning. Multiple reports show all kinds of reservations for the electrified fullsize truck, with the latest claiming upwards of 200,000 potential customers waiting in the wings. Reservations aren't sales, but there's confidence that most of those will follow through with cash. And most of those buyers could be brand new to the truck genre.

That would bring a significant boost to F-Series sales in the States if true, and there's little reason for doubt. A report from Automotive News credits Ford CEO Jim Farley for the information, saying that approximately 70 percent of Lightning customers are both new to Ford and new to the truck segment.

The report also quotes Farley as saying 80 percent of F-150 Lightning reservations are expected to convert to actual sales. If reservations hit 200,000, basic math tells us 160,000 will actually buy the truck and no less than 112,000 will be first-time truck buyers. That's not insignificant by any stretch of the imagination.

Of course, these are just estimates but they aren't unfounded. Ford found that reservation holders on the Bronco converted to sales at upwards of 65 percent. The hype for the new Lightning isn't quite as strong, but with a bevy of features and a promise of a starting price under $40,000, it certainly has the attention of EV shoppers. Ford's Pro Power Onboard feature, which can literally power a house for a couple of days in the event of a power outage, is also apparently on the minds of shoppers as the most appealing option of all. 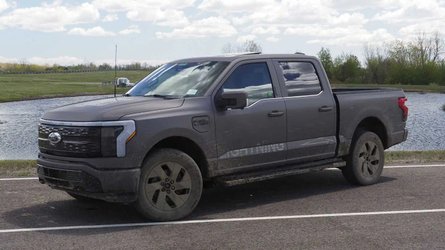 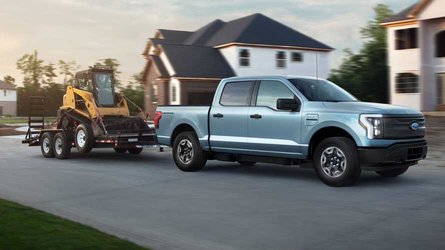 Ford doesn't offer insight into exactly where these reservations fall in the Lightning's trim level lineup, but the automaker is amping up overall EV production to a planned 600,000 units per year. Of course, that includes other electric offerings like the Mustang Mach-E and the E-Transit, but considering Ford's relatively short history in the EV world, there's no doubt the company is well on its way to a fully electric future.