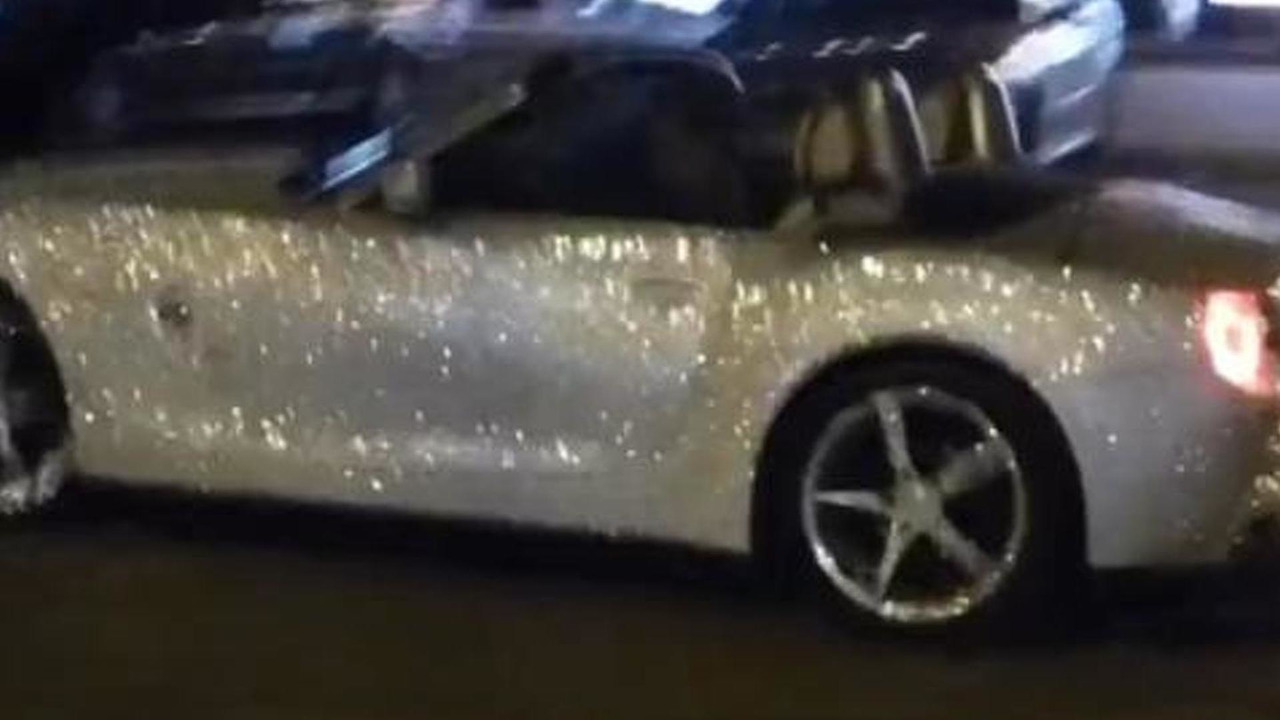 A BMW Z4 was spotted in Moldova recently featuring approximately 250,000 Swarovski crystals glued onto the body.

A BMW Z4 was spotted in Moldova recently featuring approximately 250,000 Swarovski crystals glued onto the body.

Back in September last year we saw a Mercedes-Benz CLS covered with one million Swarovski crystals and now a BMW Z4 has been caught on camera in the evening on the streets of Moldova's capital Chisinau. It's less blingy than the CLS as the roadster "only" has around 250,000 crystals which were applied over the course of six months.