When Chevrolet launched the all-new Corvette Z06 back in October, it marked the first-ever mid-engined 'Vette to have that tag. There have been a lot of 'first look' stories about the car, and it's still making a whole lot of buzz, too.

We know how much power it makes, some basic performance stats, and the features. However, there is one thing Chevrolet isn't mentioning just yet. That would be its price. Now, there have been dealerships claiming the base price of the 2022 Corvette Z06. There is some evidence to those reports that it might start under $ 90,000. However, as we mentioned before, those claims should be taken with a grain (or sack) of salt.

But if you listen to the Corvette Today podcast episode that dropped a few weeks ago, you might have picked up on a significant clue. Not only that, the hint came from none other than Harlan Charles, Corvette Brand Manager. So what exactly did the executive say about the pricing of the all-new Z06?

“The pricing will be announced soon. We do not have it all finalized out yet, but we are telling people basically if you are used to comparing the previous generation Stingray to the Z06, base to base pricing, it shouldn’t be something you don’t expect,” said Harlan. Even though he didn't say an exact price, the previous report of it being close to the $90,000 mark is becoming more realistic. 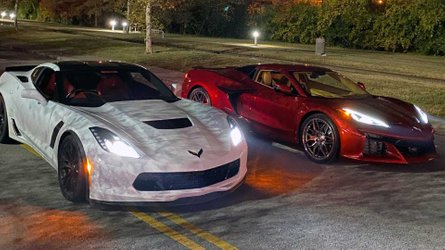 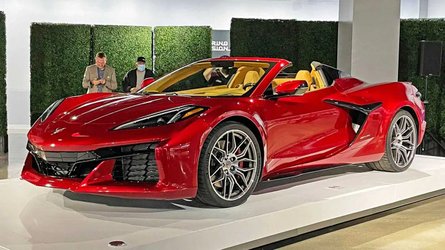 If you sift through that statement, it could be inferred that the price difference between the base Corvette and the all-new Z06 is roughly the same as the previous generation. Looking at the previous prices, the gap between the two models is less than $30,000. While it sounds like a big jump, you have to remember that the base Corvette carries an MSRP of $62,195. So if we apply the (speculative) gap, the 2022 Z06 could have an retail price of under $90,000, or stay happily within the $90,000 range. Of course, dealer markups are a totally different ball game.

Any car that's close to $100,000 mark isn't what anyone would call affordable. But if you look at the specs and performance claims the Z06 offers, it might just be the performance bargain of 2022. Should the pricing be true, it will be the only mid-engined car out there with naturally-aspirated V8 with 670 horsepower (500 kilowatts) under a hundred grand.