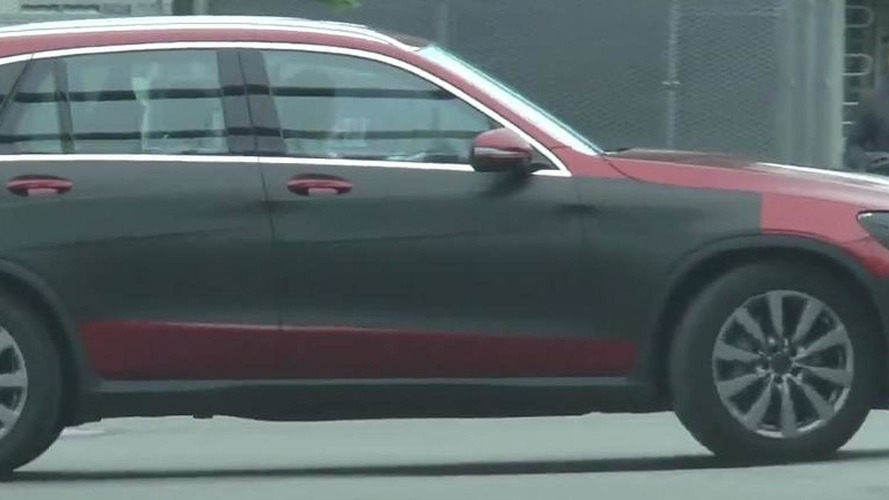 A couple of thinly camouflaged prototypes of the Mercedes-Benz GLC have been spotted undergoing final testing on public roads.

A couple of thinly camouflaged prototypes of the Mercedes-Benz GLC have been spotted undergoing final testing on public roads.

Mercedes-Benz is putting the finish touches on the second generation GLK (to be renamed GLC) which has been caught on camera plenty of times, but the wait is almost over as the Daimler-owned marque has announced plans to stage the world premiere of the compact crossover on June 17 at home in Germany.

Fans of the GLK's boxy shape will be disappointed to see the new GLC will have a curvy look in line with the latest models wearing the three-pointed star logo. It will be a little bigger to distance itself from the GLA which now acts as Mercedes-Benz's entry-level crossover.

It will be largely based on the C-Class (W205) from where it will borrow the engines, gearboxes and most of the other bits and pieces. Previous spy shots have shown the interior cabin will be heavily carried over from the C-Class so there will be very few surprises once the GLC will be officially revealed.

Mercedes-Benz has already announced the crossover's market launch is programmed for September 12 and most likely they will bring it to the Frankfurt Motor Show set to open its doors just a few days later.