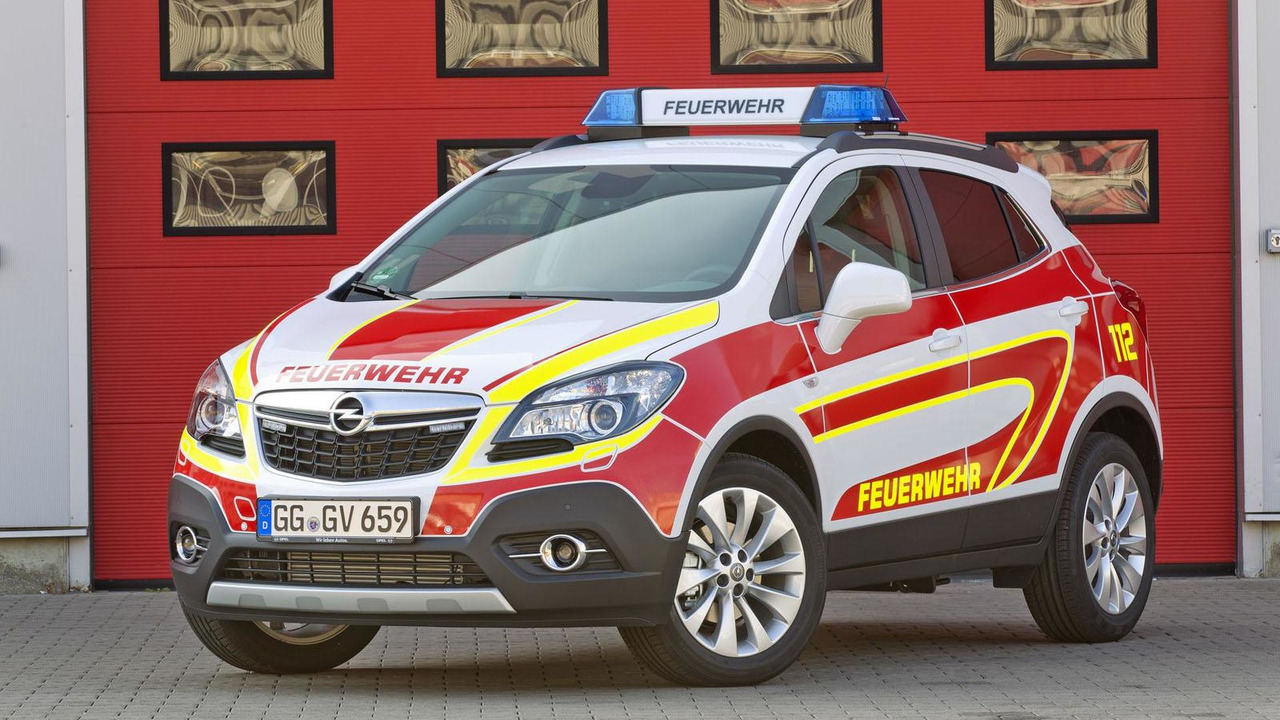 Opel has announced plans to introduce a Mokka emergency vehicle at RETTmobil 2015.

Opel has announced plans to introduce a Mokka emergency vehicle at RETTmobil 2015.

Jointly developed by Sortimo and Opel Special Vehicles, the crossover features a fire brigade livery as well as an LED light bar and LED emergency flashers.  The model also has a communications system and a turbocharged 1.6-liter four-cylinder engine that develops 136 PS (100 kW).

While the changes are relatively minor, Opel says the Mokka is an ideal technical assistance vehicle as it's all-wheel drive system allows the model to bring "equipment such as hydraulic shears and spreaders to accident sites that cannot be reached by vans or trucks."

Besides the Mokka, Opel will showcase modified versions of the Insignia Country Tourer, the Movano crew cab and the Vivaro Combi.