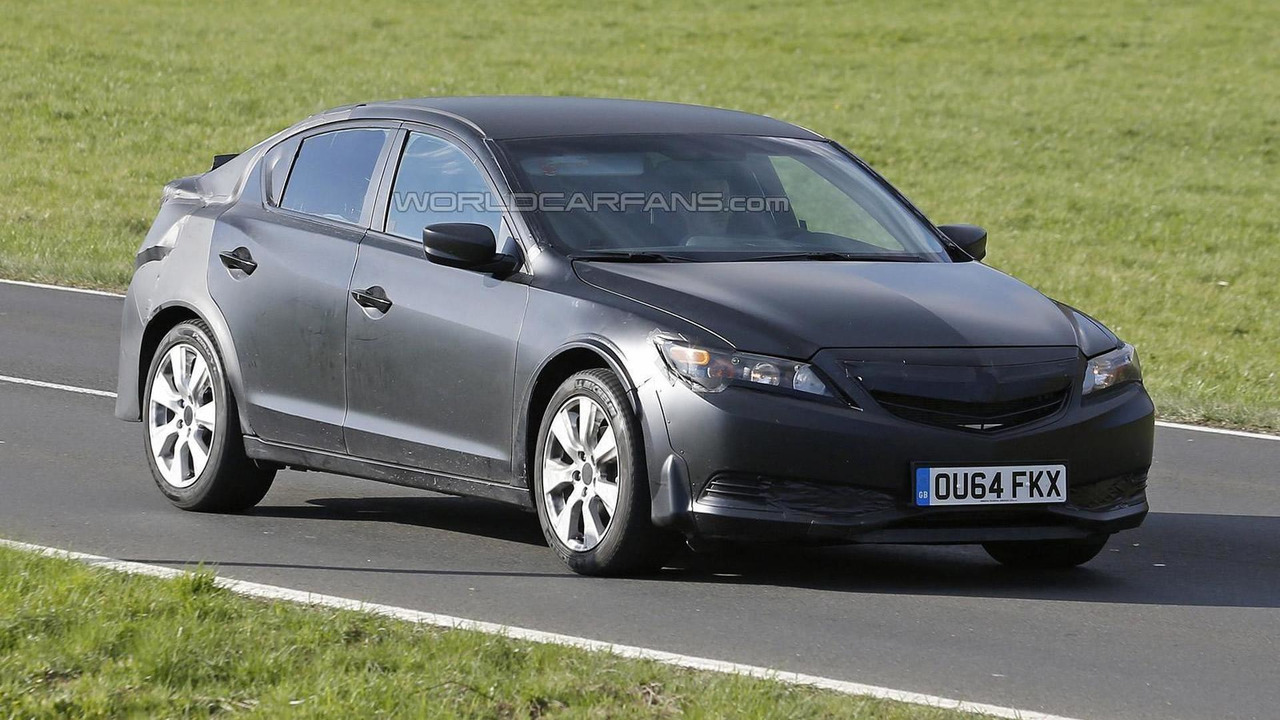 Our spy photographers have managed to snap several shots with Honda's next generation Civic.

Our spy photographers have managed to snap several shots with Honda's next generation Civic.

Honda managed to impress the crowd gathered at the 2015 New York Auto Show where they unveiled the Civic Concept which signals the arrival of a tenth generation. It will be a global model and it has already been leaked in sedan and coupe body styles thanks to several patent renders which emerged onto the web about two weeks ago.

There's no point in talking about the design of the car illustrated in the attached pics as this was a test mule with UK plates, but featuring a left-hand drive layout. It was spotted testing on German roads and is programmed to go on sale in US specification this fall as a 2016MY.

Honda has already announced the North American version will be equipped with a 1.5-liter VTEC Turbo engine benefiting from direct injection and working together with either a short-shifting 6-speed manual or a new continuously variable transmission.

On the safety side, the US-spec 2016 Civic will be available with many systems including (but not limited to) Forward Collision Warning, Lane Departure Warning, Adaptive Cruise Control and Multi-Angle Rearview Camera.

Honda has previously mentioned that global development of the sedan and coupe is being led by a North American R&D team while in charge of styling is a team from their Los Angeles design studio.

Aside from the coupe and sedan, the new Civic commercialized in North America will also be available in hatchback, Si and Type R versions. The US-spec Civic Sedan will be produced in Greensburg, Indiana and in Alliston, Ontario together with the Coupe and Si whereas the five-door hatch will be put together in United Kingdom at the Swindon factory.