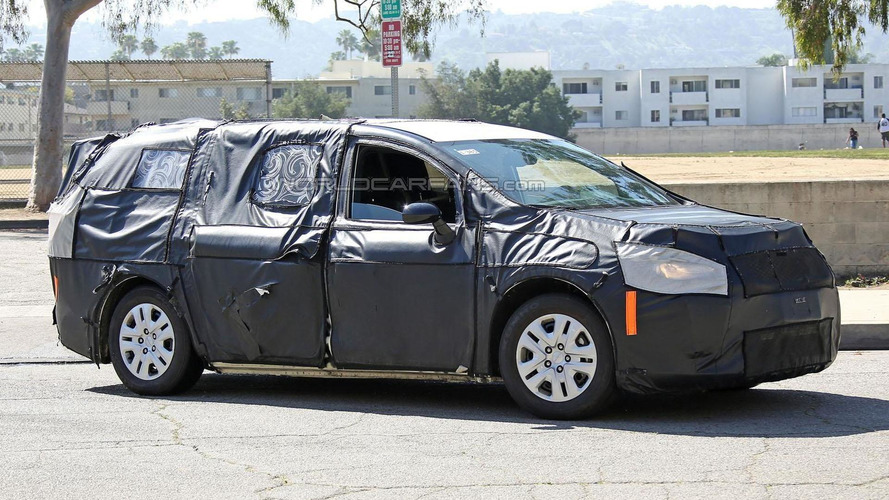 Minivans rarely get the heart racing but that hasn't stopped our spies from snapping new pictures of the 2017 Chrysler Town & Country.

Minivans rarely get the heart racing but that hasn't stopped our spies from snapping new pictures of the 2017 Chrysler Town & Country.

While the camouflage hides a lot of details, we can see the minivan will have a new front fascia that is heavily inspired by the Chrysler 200.  The van also has sleeker styling as well as some Dodge-sourced components which won't carryover to production.

The interior is also disguised but it features a Dodge-branded steering wheel, a digital instrument cluster and an infotainment system.  We can also see wood trim, metallic accents and a rotary gear selector.

Engine options remained unconfirmed but power could be provided by a 3.6-liter Pentastar V6 engine that is connected to a nine-speed automatic transmission. Chrysler's five-year plan also revealed a new for a plug-in hybrid variant but the company has been coy on specifics.

The 2017 Chrysler Town & Country will be introduced at the North American International Auto Show and pricing will start at approximately $26,000.