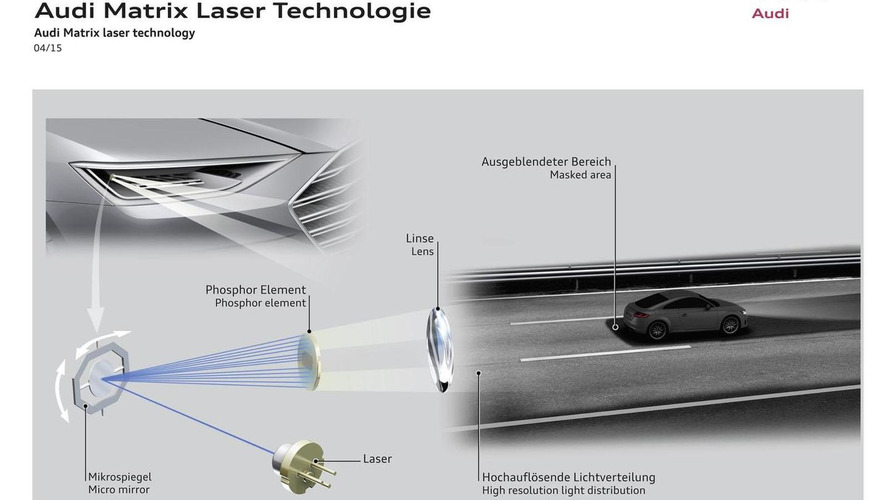 Audi has announced the development of new Matrix Laser headlights.

Audi has announced the development of new Matrix Laser headlights.

Designed to offer an "even finer dynamic resolution" than the company Matrix LED headlights, the Matrix Laser headlights feature blue laser diodes that project their light onto a quickly moving mirror that is three millimeters in size.  The mirror then directs the blue laser light to a converter which transforms it into white light which can then be projected onto the road.

While the specifics are hard to explain, Audi says the Matrix LED headlights provide excellent illumination that is precisely distributed.  As the automaker explains "At low vehicle speeds, the light is distributed to a larger projection area, and the road is illuminated with a very wide range." At higher speeds, such as highway travel, the "aperture angle is smaller, and the intensity and range of the light are increased significantly."