35 years after the Grandeur was launched.

Just a few weeks ago, Hyundai surprised the automotive industry with a retrotastic concept loaded with modern technologies. The Heritage Series Grandeur was unveiled to celebrate the 35th anniversary of the brand’s flagship model from the 1980s. This awesome show car is now featured in a new video that aims to show us all its little secrets.

The CarSceneKorea channel on YouTube spent time with the concept at a Hyundai showroom in South Korea where the reborn electric Grandeur is displayed next to the equally awesome Hyundai Pony EV concept from earlier this year. Even if you don’t like the overall idea of a modernized classic vehicle, you must admit the job done by Hyundai’s designers is remarkable.

At a glance, it may seem like there are just minor changes but under closer inspection you’ll discover Hyundai tweaked the grille, wheels, moldings, and the side-view mirrors. The most obvious modification, though, is the pair of pixelated headlights. The same graphical treatment can be seen at the back for the taillights.

The cabin, however, is where most of the changes compared to the original car are. The dashboard is dominated by a large screen, looking very similar to what many modern cars feature these days. There’s also a single-spoke steering wheel, as well as another vertical screen on the center console, used to control the infotainment system. It’s worth mentioning that the infotainment software is a brand new development that’s not available for any production Hyundai yet. 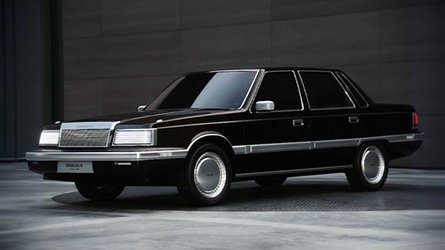 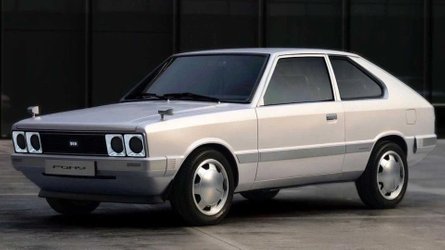 Unfortunately, we don’t know what powers the reborn Grandeur besides the fact the powertrain is fully electric. However, we are happy to report there are rumors that Hyundai is actually planning a concept-inspired production vehicle. It may or may not come to the United States, but it’s too early to provide any actual facts surrounding this hypothesis just yet.