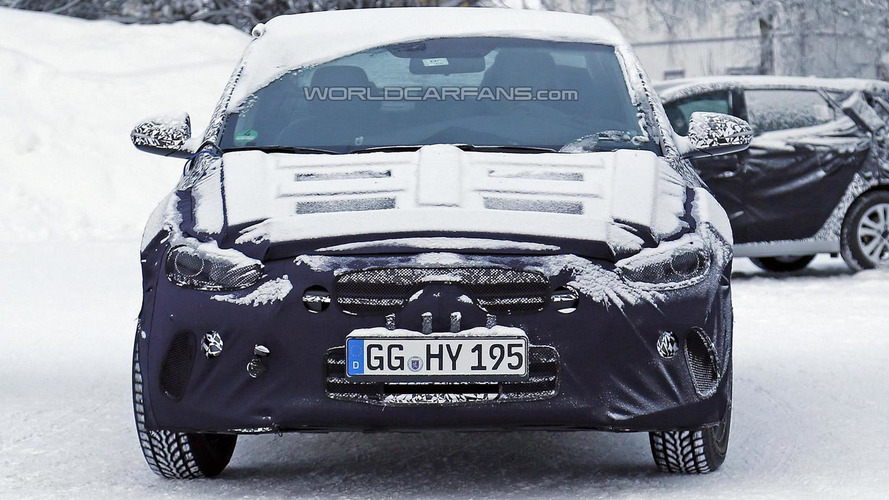 A Hyundai spokesperson told AutoBlog the next generation Elantra will premiere in November at the Los Angeles Auto Show.

A Hyundai spokesperson told AutoBlog the next generation Elantra will premiere in November at the Los Angeles Auto Show.

Billed as being an all-new model, the next Elantra has been caught on camera numerous times by our spy photographers while last month a fully revealing unconfirmed image of the model hit the web. The compact vehicle is set to adopt an evolutionary design with slender mirror caps, sweptback headlights and a large hexagonal front grille in line with Hyundai's recent models.

It will also receive vertical strips of LED daytime running lights while based on yesterday's interior spy shots, the cabin will be a little bit mundane, but hopefully it will look better on a higher specification model.

Details about the engine lineup are scarce at the moment, but chances are Hyundai will offer the next-gen Elantra with the 2016 Tucon's four-cylinder, 1.6-liter turbocharged gasoline motor developing 176 PS (129 kW) which will likely work with a standard 6-speed manual gearbox and an optional 7-speed dual-clutch transmission.

Taking into account the US-spec model is bound to show up in November in L.A., chances are the KDM-spec model will be revealed a few months earlier. Deliveries of the new Elantra are likely programmed to begin in the first quarter of 2016.