Lincoln Zephyr Video Shows What We Are Missing Out On

It's the stylish Lincoln sedan the US won't get.

Lincoln currently doesn’t have a single sedan on sale in the United States. The Corsair, Nautilus, Aviator, and Navigator are the brand’s only models for America and we are a little eager to see there’s a brand new sedan for the Chinese market. The Zephyr made its official debut last week during the Guangzhou Auto Show before going on sale very soon, and it is now making its first appearance on camera.

The video at the top of this page was brought to our attention by our friends from Wheelsboy车轮哥 who had the opportunity to film the show car at the Chinese show. Previewed by the Zephyr Reflection concept earlier this year, the vehicle takes the shape of a large and stylish sedan with a traditional three-box shape and a stately appearance.

Sure, there might be some design cues that we find very familiar, like the Audi A7-inspired taillights, but the overall styling is very modern and sleek. Considered a replacement for the MKZ in China, the Zephyr features a giant chrome radiator grille with LED daytime running lights connecting the headlights and running across the entire fascia. The side profile, meanwhile, reveals the model is slightly longer and wider than the MKZ.

See It From All Angles: 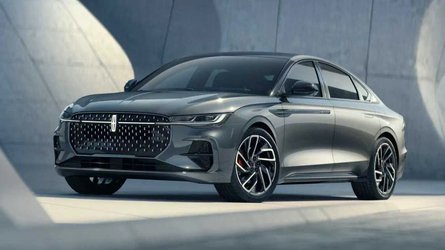 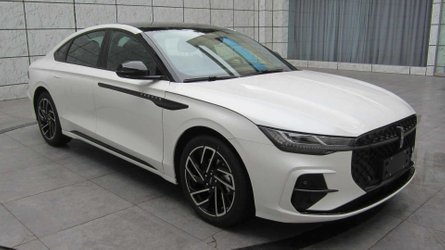 The cabin is surely an exciting place to be, especially if you like high-tech, display-rich interiors. The Zephyr has an absolutely insane 27-inch infotainment display that stretches from one end to the other. Next to it, there’s a 12.3-inch LCD instrument cluster and we are happy to see there are at least a few physical buttons on the center console. Interestingly, Lincoln has decided to keep the old-fashioned buttons for the gear changes right below the center screen.

Leaked information from earlier this month confirmed the Zephyr will be offered with a 2.0-liter four-cylinder gas engine mated to an eight-speed automatic gearbox. The output of this setup is 235 horsepower (175 kilowatts).