There will also be a Ram 1500 Limited Night with a custom Lego wrap in the parade.

Forget Rudolph the red-nosed reindeer because Santa has a Ram 1500 Limited (Ram)Red special edition pulling his sleigh for the Macy's Thanksgiving Day Parade. The automaker's trucks are pulling all of the floats, including a 1500 Limited Night with custom Lego wrap and a 2500 Power Wagon 75th Anniversary Edition.

Like Rudolph, the (Ram)Red edition has a red nose thanks to its crimson badge on the front. There's a matching badge on the lower portion of the driver's door. The rest of the truck is black, including the wheels. Inside, there's another of these badges on the center console.

The Red portion of the name doesn't just refer to the color. Ram partners with the charity (RED) for this truck. Bono of U2 and Bobby Shriver founded the group in 2006 to fight AIDS. Now, it has transitioned to focus on battling the Covid-19 pandemic.

The (Ram)Red debuted at the 2021 State Fair of Texas where the brand pledged $4 million to the charity. Prices for the truck start at $63,250.

Also at the State Fair of Texas, Ram debuted the 1500 TRX Ignition Edition with an Ignition Orange body, 18-inch wheels with a machined face, spray-in bedliner, and panoramic roof. There's also orange contrast stitching in the cabin. Ram is only making 875 of them. 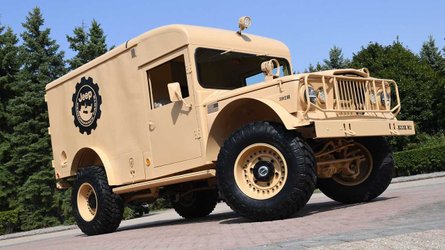 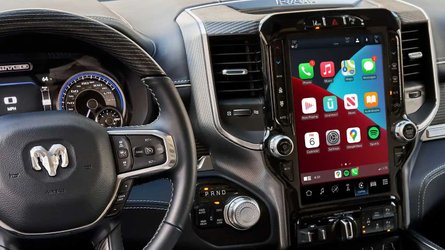 At the same event, the company showed the luxury-focused Ram 1500 Longhorn SouthFork. It has a cabin with a mix of Mountain Brown leather and suede. Other equipment includes a multi-function tailgate, deployable bed step, spray-in bedliner, adjustable tie-down hooks, LED lighting in the bed, and a cargo divider.

As the official truck partner of the parade, Ram is supplying over 60 pickups and vans for moving around materials, like tools and costumes, and doing other behind-the-scenes tasks

The Macy’s Thanksgiving Day Parade will air on November 25 on NBC starting at 9:00 AM in all time zones.