The Lamborghini Diablo lasted 11 years, replacing the Countach before making way for the new millennium's Murciélago. The Diablo debuted in 1990 before it departed after the 2001 model year, though Lamborghini offered it in a variety of flavors over its lifecycle. One of them was the SV, an entry-level Lamborghini that upped the V12's power and reduced the number of drive wheels to two.

When it was new, the 1997 Diablo SV produced around 530 horsepower (390 kilowatts) and 446 pound-feet (605 Newton-meters) of torque. However, internal combustion engines do wear down, with most cars losing a bit of their power through years of regular use and abuse. The 25-year-old Lamborghini is no different, but how much power has it lost? A new video from the NM2255 Car HD Videos YouTube channel finds out, putting a pristine example on the dyno to test. 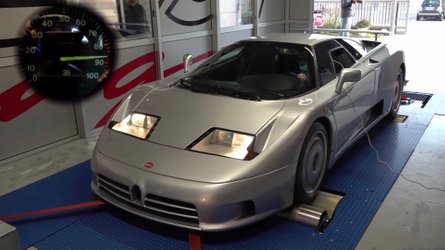 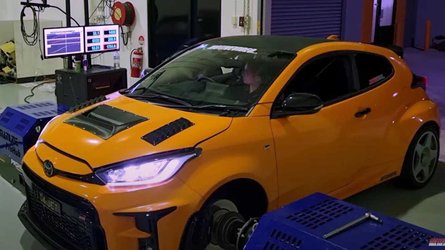 The V12 Lamborghini looks well taken care of, which could explain its remarkable dyno numbers. The 5.7-liter engine, which pairs with a five-speed manual, still delivers 492 hp (366 kW) and 428 pound-feet (581 Nm) of torque. It's a sizable decrease, though it's still plenty of power, as the video's opening shows. The Diablo SV has no trouble igniting the rear tires in thick smoke with relative ease. The SV lacks all-wheel drive, which means the engine is pumping all that power to the rear tires.

The near-vintage Diablo SV shows what you can have decades down the road if you maintain your vehicle. Parts wear down and get dirty, which can gum up the combustion process and rob the vehicle of precious power. However, some loss is inevitable. The Diablo's 500-hp output isn't as special as it once was as horsepower is as cheap as ever, though the Diablo's looks and the sound of its V12 prove a car is more than about numbers on the page.