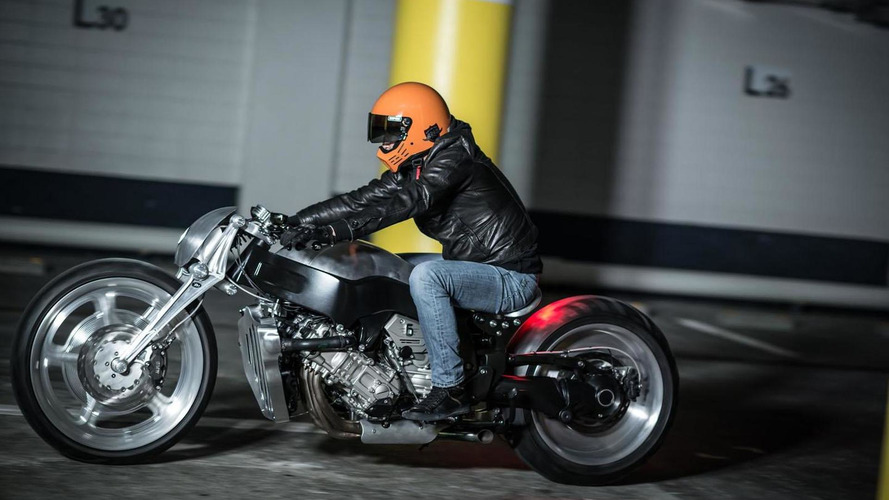 BMW Motorrad Japan has unveiled two unique motorcycles that were created as part of their Ignite Straight Six project.

BMW Motorrad Japan has unveiled two unique motorcycles that were created as part of their Ignite Straight Six project.

Starting with the engine and frame from the K 1600 GTL, Kenji Nagai of Ken’s Factory and Keiji Kawakita of Hot-Dock Custom-Cycles went about building custom motorcycles that pay tribute to the company's 1649cc six-cylinder engine.

First up, Kawakita’s bike is called the "Juggernaut" and it is described as a "synthesis of Mad Max metal and Jules Verne’s imaginations."  It looks like it came from a dystopian future as it has s militaristic styling and a dark grey paint job.

Moving on, Kenji Nagai’s creation is called ‘Ken’s Factory Special’ and it features a minimalist design that incorporates a number of aluminum components.  The bike also has unique wheels that measure 23-inches at the front and 20-inches at the rear.