Next generation BMW 5-Series spied testing on the Nurburgring 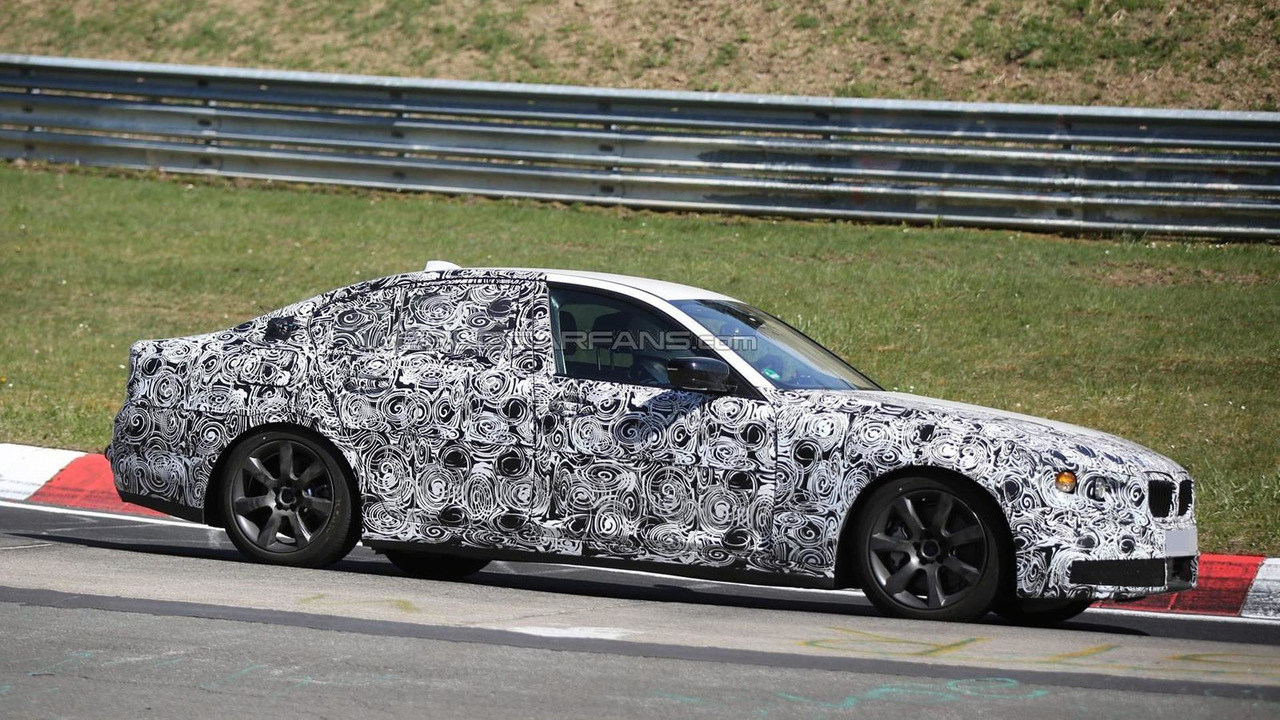 A fully camouflaged prototype of the 2017 BMW 5-Series Sedan has been spotted by our spy photographers testing on the Nürburgring.

A fully camouflaged prototype of the 2017 BMW 5-Series Sedan has been spotted by our spy photographers testing on the Nürburgring.

BMW has returned on the Nordschleife with the next-gen 5-Series (G30) after conducting winter tests in northern Europe for the past few months. The prototype keeps a heavy amount of disguise so there's not much to say about the design, but at least we are able to notice the proportions and shape have remained pretty much the same.

Despite being instantly recognizable, the new mid-size premium sedan from Bavaria will be a lot different than the current model as the new 5-Series will take advantage of the 35up platform set to make its debut in the next few months on the 7-Series. Reports are indicating a weight loss of as much as 100 kg (220 lbs) as a result of making more extensive use of aluminum and there could also be some carbon fiber bits and pieces.

In terms of engines, these will be largely carried over from the existing model but with a few upgrades to cut fuel consumption and CO2 emissions while some of them are bound to receive a power boost. A plug-in hybrid version is a certainty as this prototype has two fuel caps and there's also going to be a new M5 set to be offered with optional xDrive for the first time ever. The range-topping model should keep the V8 twin-turbo 4.4-liter engine but its output is expected to increase to around 626 PS (460 kW).

Some are saying the new 5-Series will get a three-cylinder, 1.5-liter turbo from the 2-Series Active Tourer & Gran Tourer to serve in an entry-level version, but we have our doubts about that. The rumor mill indicates a hot M550xd version with four turbochargers and all-wheel drive, but BMW has not confirmed this just yet.

It is believed the next generation BMW 5-Series Sedan will go on sale in June 2016, followed by the Touring version in November. Due to popular demand in China, the controversial 5-Series GT will be back for the next gen.