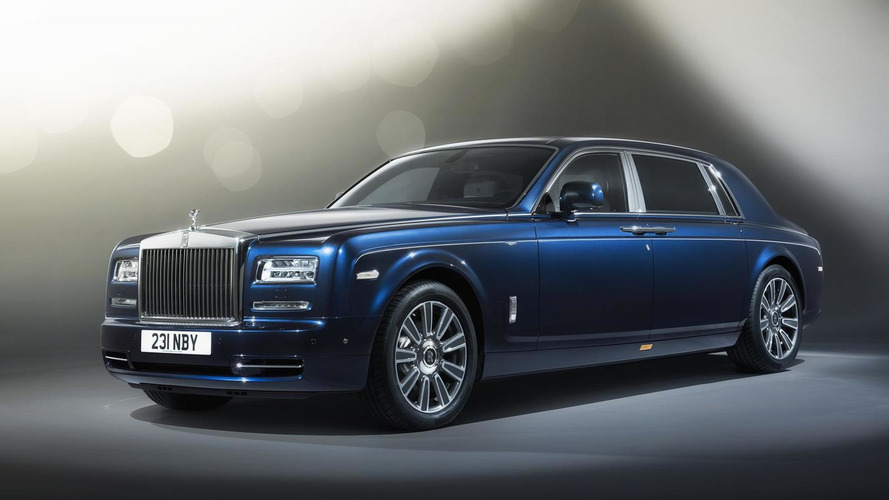 Rolls-Royce has announced the new Limelight Collection series for the Phantom limousine.

The British producer says the Limelight Collection “has been conceived for that select group of people who spend their lives in the public eye and on the world stage”. Its name is inspired by the limelight effect that was originally discovered in the 1820s by Sir Goldsworthy Gurney.

Described as the “ultimate travelling companion”, the machine comes with a special rear seat that has been developed closely with medical professionals to establish “the optimum seat position that relaxes the body most whilst in motion.” There’s a choice between two interior color schemes. The Light contrast scheme features Seashell with Navy Blue Contrast Leather and Seashell tone-on-tone stitching, whilst the Dark contrast scheme offers Navy Blue with Seashell Contrast Leather and Navy tone-on-tone stitching.

Exterior changes are limited to a set of new nine-spoke alloy wheels and new Gala Blue body color with a Seashell and Navy Blue hand-painted coach line with a diamond motif.

Rolls-Royce says the Phantom Limelight Collection will be limited to 25 cars, available to order immediately.

Additional detail can be found at the press release section below.