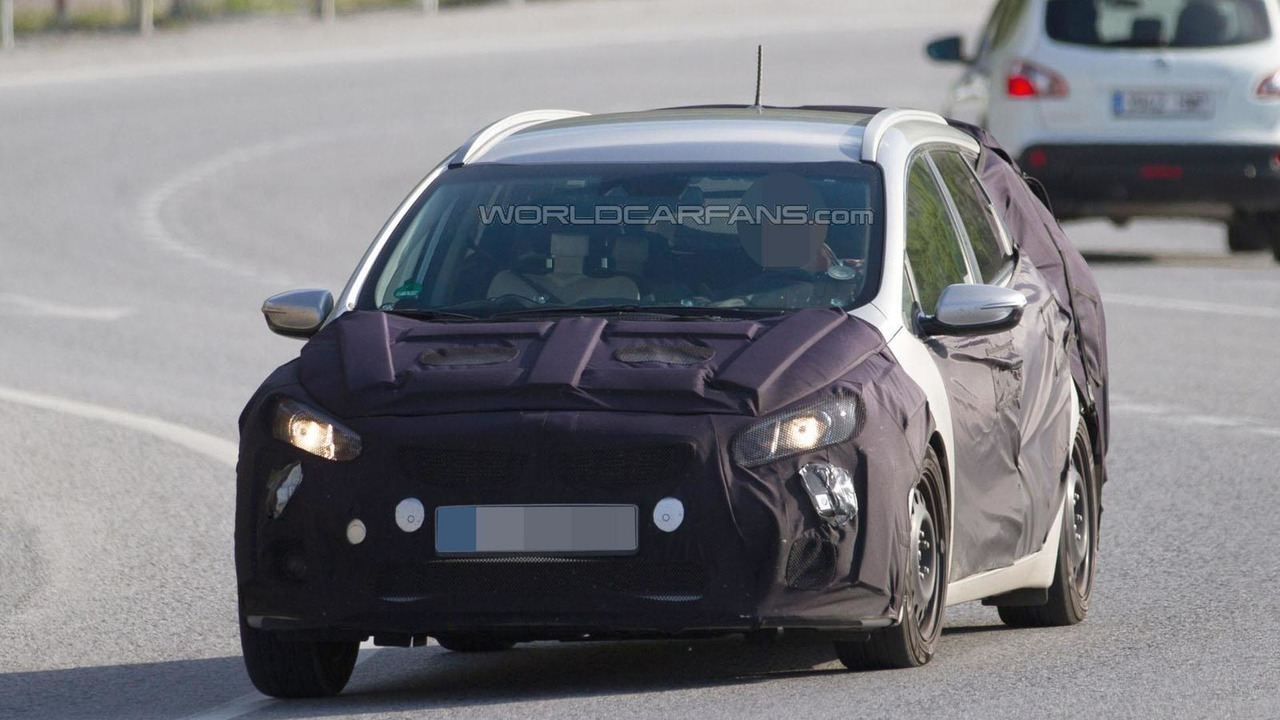 The 2016 Kia Cee'd Sportswagon has been spied undergoing testing in Europe.

The 2016 Kia Cee'd Sportswagon has been spied undergoing testing in Europe.

While the car's heavy camouflage does a pretty good job of hiding the styling changes, the facelifted model is expected to receive the usual mid-cycle upgrades including modified bumpers and restyled lighting units.  The cabin is also expected to be upgraded but nothing is official as of yet.

Engine options remain unconfirmed but speculation suggests we can expect an assortment of newer powertrains including a 1.2-liter T-GDI with approximately 140 PS (103 kW).

The 2016 Kia Cee'd and Cee'd Sportswagon are expected to be unveiled at the Frankfurt Motor Show in September, so expect to learn more in the coming months.