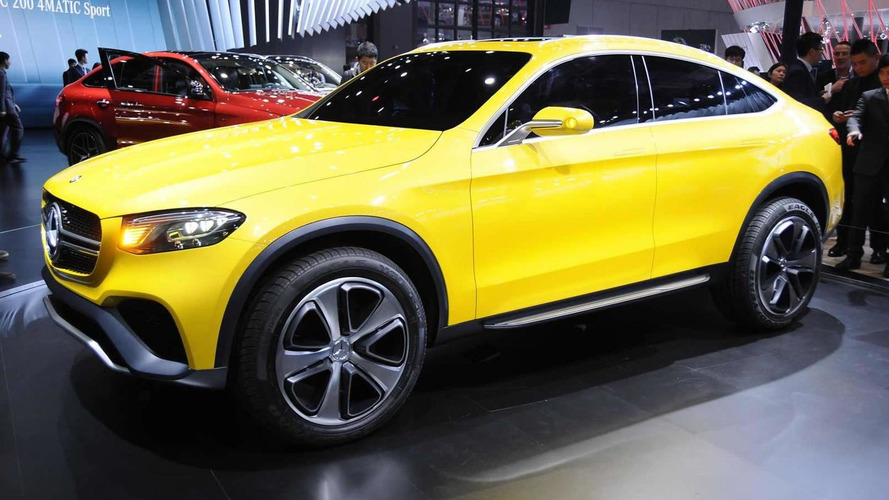 Daimler has announced a BMW X4 competitor is on its way by introducing the Mercedes-Benz Concept GLC Coupe at Auto Shanghai 2015.

Daimler has announced a BMW X4 competitor is on its way by introducing the Mercedes-Benz Concept GLC Coupe at Auto Shanghai 2015.

Although the vehicle uses "concept" in its moniker, the three-pointed star company says the GLC Coupe is a "near-production-standard study" so in other words it's very close to the road-going version which will likely be out in 2016. It will be a "coupe" version of the second generation GLK set to come out in the months to come with the GLC nameplate as part of Mercedes-Benz's new naming scheme.

Essentially the GLE Coupe's smaller brother, the GLC Coupe appears to be better proportioned than the BMW X6 competitor and in conceptual form packs a bi-turbo V6 3.0-liter engine with 367 PS (270 kW) and 520 Nm (384 lb-ft). This engine will likely find its way inside the AMG Sport version which will sit below the range-topping Mercedes-AMG GLC 63 Coupe.

It will be interesting to see whether those Lexus-like stacked quad exhaust pipes of the solar beam-painted concept will be carried over onto the production car. Those recessed door handles will be replaced with conventional ones while the side mirrors won't look as flashy as they do on this concept. Some minor tweaks to the bumpers are also expected but other than that it should remain pretty much the same, albeit with some smaller wheels.