Here's a little family reunion between two generations of Z06s.

The 2023 Chevy Corvette Corvette Z06 is a thing of normally aspirated wonder, no doubt about that. But if you're curious as to how it compares with its predecessor visually, here's a happenstance you don't see every day.

Byron Glover Jr., also known as Drive 615 on YouTube, spotted the C8 Z06 on a trailer while driving his own C7 Z06 along Broadway in Nashville, Tennessee. Glover's the same guy who spotted the Nissan Z before, both in prototype and production guise, so guess we can say that this person's pretty lucky to be in the right place at the right time.

Even better, Glover had the chance to see the 2023 Corvette Z06 get unloaded from the trailer and park his C7 Z06 beside for a side-by-side comparison. There's even a segment where both cars were idling, giving us a brief comparison of their exhaust notes when static.

Visually, these two generations are worlds apart. Let's state the obvious – one has the engine up front, while the other has the power plant behind the seats. Another would be their colors. The C8 Z06 here comes in Red Mist paint color with a natural interior, which was the one seen on the show car during launch. Glover's C7 Z06 comes in Arctic White with Adrenaline Red interior. 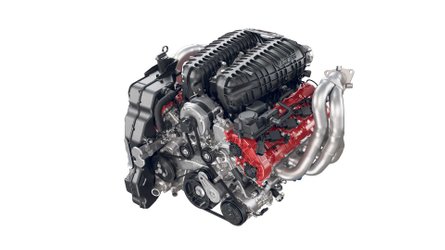 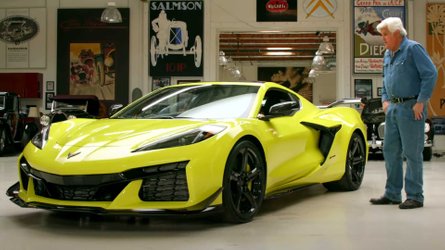 Performance is definitely highlighted with the new Corvette Z06. The all-aluminum 5.5-liter LT6 V8 makes  670 horsepower (500 kilowatts) and a maximum torque rating of 460 pound-feet (623 Newton-meters). This mill is said to allow the Z06 to sprint from standstill to 60 mph in 2.6 seconds, and a pegged quarter-mile time of 10.6 seconds.

Pricing for the 2023 Corvette Z06 hasn't been officially announced as it won't go on sale until late 2022, but a recent report revealed that it could start at $87,000.