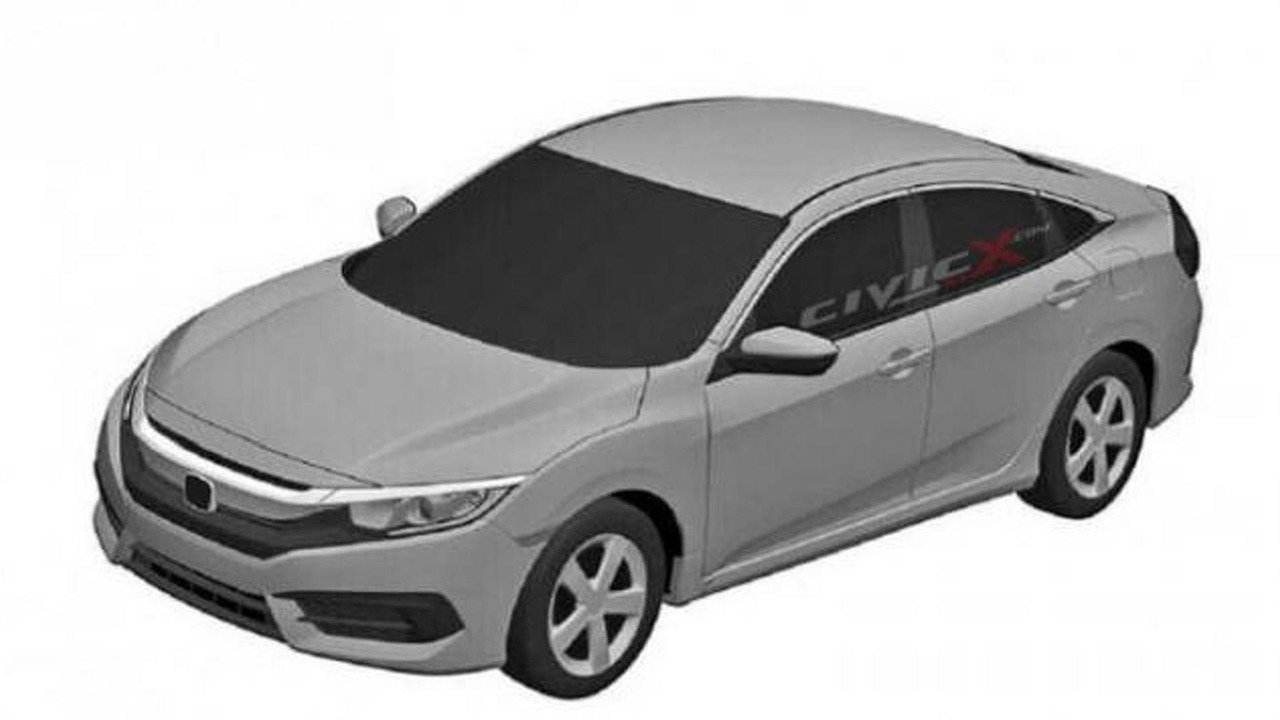 Several patent design sketches of the next generation Honda Civic Sedan and Coupe have emerged onto the web.

Several patent design sketches of the next generation Honda Civic Sedan and Coupe have emerged onto the web.

Honda took us by surprise at the recent New York Auto Show where they introduced the rather stunning Civic Coupe concept previewing the tenth generation of the model programmed to go on sale this fall in United States. Seen here are not only the patent sketches of the production-ready coupe, but also of the sedan variant which will be a part of the new US-spec family that will also include the hatchback, Si and Type R flavors.

Unsurprisingly, the production cars won't look as aggressive as the concept but as you can see there will be many similarities and there is potential for the Type R version to look very close to the aforementioned concept. There's no rear wing on the production-ready Civics but most likely these will be offered on the more appealing Si variant. The interesting interconnected taillights (of the coupe) have been retained and should look quite interesting in the metal. Despite the additional rear doors, the sedan manages to keep a sloping roofline which enables a sleek design while the boomerang-shaped taillights are not connected like they are on the coupe.

More details about the all-new Civic will probably be released in the months to come to create a buzz until the full reveal. Honda has already announced the new Civic will have a longer wheelbase, shorter overhangs and it will be lower and wider than the outgoing model. It's getting a four-cylinder, 1.5-liter direct-injection turbo engine teamed up to a short-shifting six-speed manual and a new CVT. It will also be available with several safety and assistance systems like Forward Collision Warning, Lane Departure Warning, Adaptive Cruise Control as well as a Multi-Angle Rearview Camera.