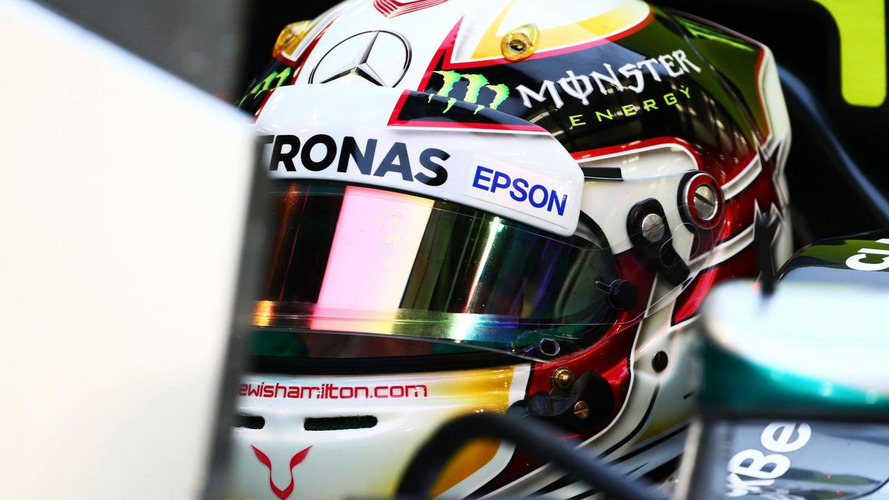 As the long wait for his new Mercedes contract rolls on, rumours are filling the Bahrain paddock about Lewis Hamilton\'s red-coloured future.It is suggested the reigning world champion, championship l

As the long wait for his new Mercedes contract rolls on, rumours are filling the Bahrain paddock about Lewis Hamilton's red-coloured future.

It is suggested the reigning world champion, championship leader and two-time 2015 race winner has made contact with Ferrari about becoming Sebastian Vettel's next teammate.

"It would be great to see Lewis at Ferrari," F1 supremo Bernie Ecclestone said.

"Whether Sebastian would want that, I really don't know. But if Lewis went there, it would be great for the sport - 100 per cent," he added in Bahrain.

Ferrari might even have a vacancy for 2016, as team boss Maurizio Arrivabene said on Friday that Kimi Raikkonen is not guaranteed a new deal.

"You want to know what I said to Kimi?" the Italian told reporters on Friday. "He was telling me about the contract and I said to him 'It depends on your performance'."

Raikkonen's manager Steve Robertson said in Bahrain there is a "good chance" the Finn will be retained.

"The most important factor is that Kimi wants to continue," he told Turun Sanomat newspaper. "He is very happy with the car and the team environment.

"Ferrari is also very happy with Kimi, and there is good harmony in the team. The outlook is positive," said Robertson.

"At the moment we are talking, but talking and signing an agreement are two different things."

"This topic is pointless," he told Auto Motor und Sport. "We are keeping our dream team," said Lauda, referring to Hamilton alongside Nico Rosberg.

But team boss Toto Wolff warned: "Lewis is one of the best drivers in the world; we are also a top team, so it is normal if a driver and a team keep open all possibilities."

As for the Hamilton-to-Ferrari rumour, though, Wolff insisted: "The issue does not involve Ferrari. We have arrived at a point (in the negotiations) where it is really just the details."

Germany's Sport Bild, however, claims that after Hamilton made advances towards Ferrari, Mercedes chairman Dieter Zetsche sought and received a personal assurance from his counterpart Sergio Marchionne that the Briton is not headed to Maranello.

Wolff agreed: "There is no offer from Ferrari for Lewis Hamilton - I know that he is staying with us."
++Share