The EV SUV will be unveiled in full later this week.

The Genesis GV70 is one of our favorite cars for 2021. Brandon Turkus, our Managing Editor, concluded in his review of the GV70 that “as a pure luxury vehicle, this is another successful product from Genesis.” Already available to order in the United States, the SUV will be soon joined by a fully electric version and it will debut later this week in China.

The South Korean manufacturer has just released a teaser image of the Electrified GV70 - or at least, this is what we believe it will be called - ahead of its official and full unveiling planned for the Guangzhou Auto Show. It will join the Electrified G80 and the GV60 as the marque’s third fully electric production model.

The single teaser image released by Genesis doesn’t reveal much, though it shows the front fascia of the EV SUV with its closed-off grille. The overall design of the front end looks similar to the combustion-powered GV70 with the grille’s solid diamond-shaped sections being a major difference. This panel hides the integrated charging port and just below the grille, there’s a slightly more restrained design for the bumper with smaller air openings. 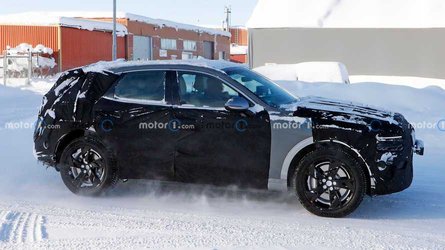 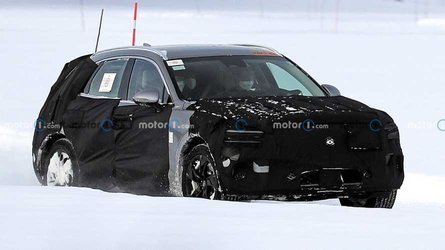 According to unofficial information, the GV70 could use the same electric powertrain as the Electrified G80. This means a dual-motor setup with a peak output of 365 horsepower (272 kilowatts) and 516 pound-feet (700 Newton-meters) of instant torque. In the electric sedan, this setup enables a sprint to 60 miles per hour (96 kilometers per hour) in just 4.9 seconds and we expect similar numbers for the Electrified GV70.

The zero-emission SUV should become the first Genesis model to be produced in the United States. It is expected to hit the assembly lines at Hyundai’s Alabama Plant early next year with sales likely to begin around the same time. Stay tuned for the full debut later this week.