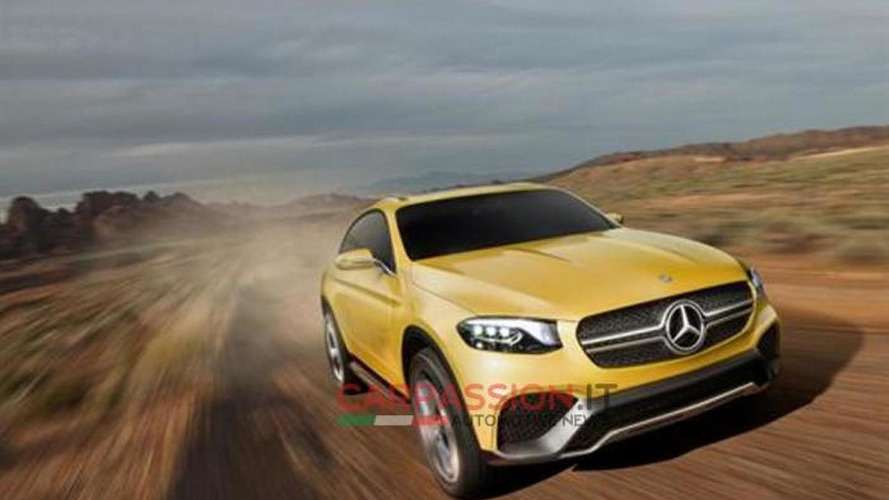 Several official images depicting the Mercedes-Benz GLC Coupe concept have surfaced the web ahead of an official unveiling set for Monday.

Several official images depicting the Mercedes-Benz GLC Coupe concept have surfaced the web ahead of an official unveiling set for Monday.

Billed as a "near-production-standard study", the GLC Coupe looks as expected like a downsized version of the GLE Coupe, just like the BMW X6 is the X4's bigger brother. It will basically be a "coupe" version of the next generation GLK which will be renamed GLC to denote its relationship with the similarly sized C-Class. The production version due in 2016/2017 will probably look a lot like this, with the exception of the stacked exhaust pipes as seen on the F models from Lexus.

The engines will be carried over from the C-Class, including the twin-turbo V6 3.0-liter which will power the AMG Sport version while the range-topping Mercedes-AMG GLC / GLC Coupe 63 will have a beefier twin-turbo V8 4.0-liter.

Unlike the outgoing GLK which never made it to RHD markets, the new GLC has been engineered for right-hand drive, thus unlocking markets like Australia and Japan.