BMW previews next-gen 7-Series, will be 130 kg lighter than predecessor 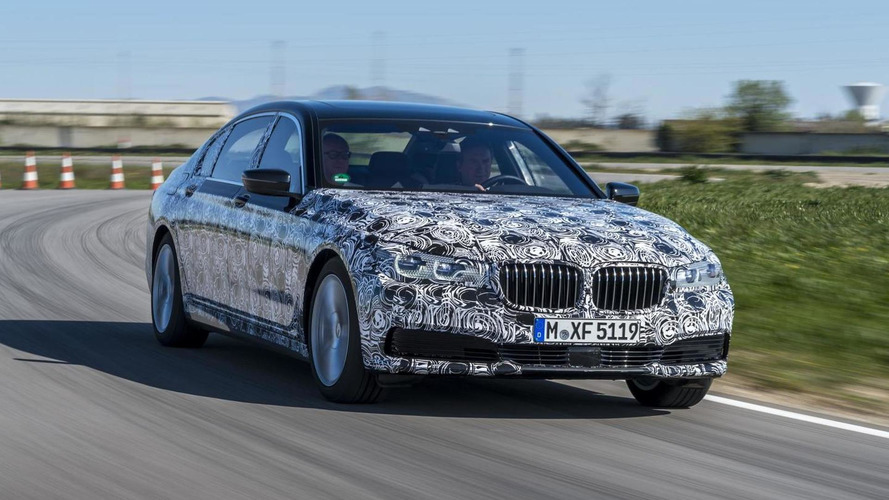 Following a private unveiling from earlier this week, BMW has released the first official details and test prototype photos of the next generation 7-Series

Following a private unveiling from earlier this week, BMW has released the first official details and test prototype photos of the next generation 7-Series.

The Bavarian company explains the flagship model will be up to 130 kg lighter than the previous 7-Series thanks to the use of CFRP that was first introduced with the BMW i series. Also important for the new vehicle will be the latest generation of 6-cylinder engines and eight-speed Steptronic gearbox.

BMW says the 2016 7-Series will be fitted as standard with “sophisticated, precision-honed chassis technology and additional chassis control systems” and two-axle air suspension with automatic self-levelling.

The new 7-Series brings the first iDrive infotainment operating system that features a touchscreen display. New addition is the gesture control technology, which detects hands movements with a 3D sensor and allows commands in “user-friendly fashion”.

Another first for the 7-Seris will be the remote control parking system that allows owners to manoeuvre in or out of parking spaces or garages without anyone at the wheel. Part of the system will be a newly developed BMW Display Key, which controls the operation.