Hidden details are aplenty in the CT4-V and CT5-V Blackwing.

The Blackwing twins from Cadillac will be the company's last dance with performance-oriented internal combustion power. The CT4-V Blackwing and CT5-V Blackwing debuted early in 2021, packing more than enough poise and power to garner praise in the ever-shrinking world of sports sedans. And when owners take delivery, Cadillac has all kinds of so-called Easter eggs hidden in the cars to honor that performance legacy.

In this case, hidden is a subjective term as some of these features aren't that tough to see, such as the V badge with a serialized plaque on the steering wheel. Manual-equipped cars also have a prominent Caddy emblem in plain sight on the shifter, and they get cool etchings of GM's Milford proving grounds and the tech center in Warren, two locations that feature heavily into Blackwing development. You'll find them on the paddle shifter covers where you'd normally find the paddles on Blackwings with an automatic transmission.

"The CT4-V Blackwing and CT5-V Blackwing are the quintessential examples of form and function coming together," said Brandon Vivian, Cadillac executive chief engineer. "This was made possible by Engineering and Design working together from the very beginning to get the most out of these cars. The paddle shifter covers symbolize that union, with the customer at the center of it all."

Our Take On The Blackwing Twins: 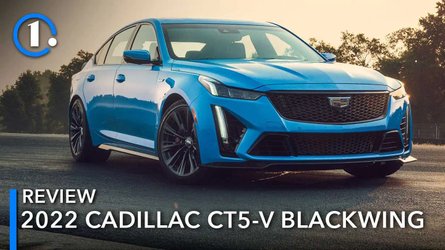 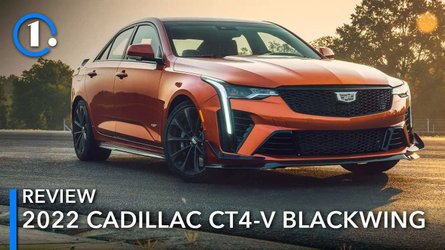 2022 Cadillac CT4-V Blackwing First Drive Review: Out With A Pop

All total, Cadillac says there are over two dozen such elements scattered about the CT4-V and CT5-V, both with automatic and manual transmissions. Photos show a small Blackwing tag on what looks like a seat, and a V emblem stamped onto air strakes included the optional Carbon Fiber 1 package. Cadillac doesn't list every detail – it will be up to owners to find all the hidden marks.

After debuting in early 2021, the CT4-V Blackwing and CT5-V Blackwing sports sedans are finally reaching those owners. Order banks are open, but the first 250 of each model are branded as Collector Series vehicles and were sold out long ago.