2023 BMW 7 Series Spied Stretching Its Legs On The Nurburgring

This is surely not the sedan's natural habitat, though.

BMW is about to retire the current-generation 7 Series at some point next year when a brand new generation of Bavaria’s flagship sedan will debut. The company is hard at work preparing the 2023 7er, and we have a new spy video to share with you, showing the progress made in the last few weeks. The three-minute clip at the top of this page was taken on the Nurburgring and there are a few topics worth talking about.

First, there’s obviously a lot of body roll. That’s surely an expected thing when it comes to large, comfortable, and heavy cruisers, and we have the feeling this prototype was intentionally driven in comfort mode. Despite the body roll, though, the 7 Series prototype remains very stable and predictable in the corners. It is not very fast around the Nurburgring but it is easily overtaking a few other vehicles also testing at the track.

Second, it’s really difficult for us to identify the engine that’s hiding under the hood of this test car. There’s a lot of tire noise and we can’t hear the motor clearly, though on a number of occasions we get to hear it for a few seconds. To our ears, it sounds like an electrified six-cylinder unit but this is just an assumption and we could be wrong. After all, gasoline, diesel, and hybridized inline-six engines are expected to represent a large portion of the new 7 Series’ engine range. 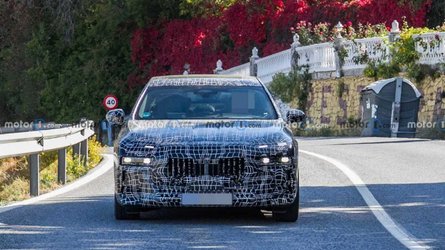 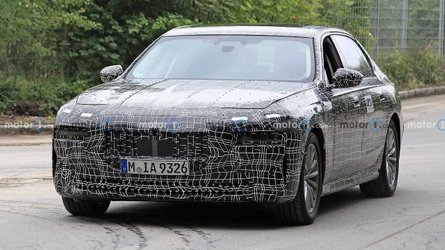 As we’ve already reported before, BMW’s new flagship sedan will be based on a modified version of the brand’s CLAR platform. The V12 engine will be retired, though there should be an equally powerful and expensive model replacing it, likely powered by an electrified powertrain. A fully electric version is also currently under development, likely debuting around the same time as the conventional model.

BMW is yet to confirm the debut date of the next-generation 7 Series and we expect it to be unveiled towards the second half of next year. Sales could begin before the end of 2022 or in early 2023.