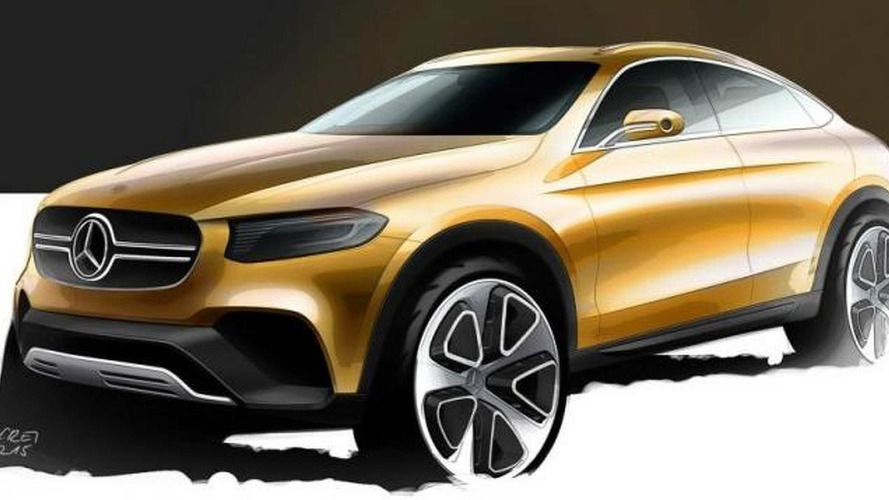 Mercedes-Benz has announced the GLC Coupe "near-production-standard study" will premiere on Monday at Auto Shanghai 2015.

Mercedes-Benz has announced the GLC Coupe "near-production-standard study" will premiere on Monday at Auto Shanghai 2015.

The Daimler-owned marque took its sweet time coming out with a rival for the BMW X6 and now they are preparing a competitor for its smaller brother, the X4. The GLC Coupe near-production concept will take the shape of a "crossover coupe" based on the second generation GLK set to be renamed GLC to emphasize its close connections with the C-Class.

It will be the GLE Coupe's smaller brother so it's not that hard to image how it will end up looking in production form. The regular GLC will allegedly debut in June so chances are the GLC Coupe will be out in the first half of next year. Unlike the previous GLK which never received the fully-fledged AMG treatment, the new model and its "coupe" sibling will get a GLC 63 AMG / GLC 63 AMG Coupe version with a twin-turbo V8 4.0-liter engine. There's also going to be an AMG Sport version with a twin-turbo V6 3.0-liter sitting below the aforementioned GLC 63 AMG.

Another first for the GLK will be a right-hand drive version which will allow Mercedes-Benz to sell the models in additional markets such as Australia and Japan.