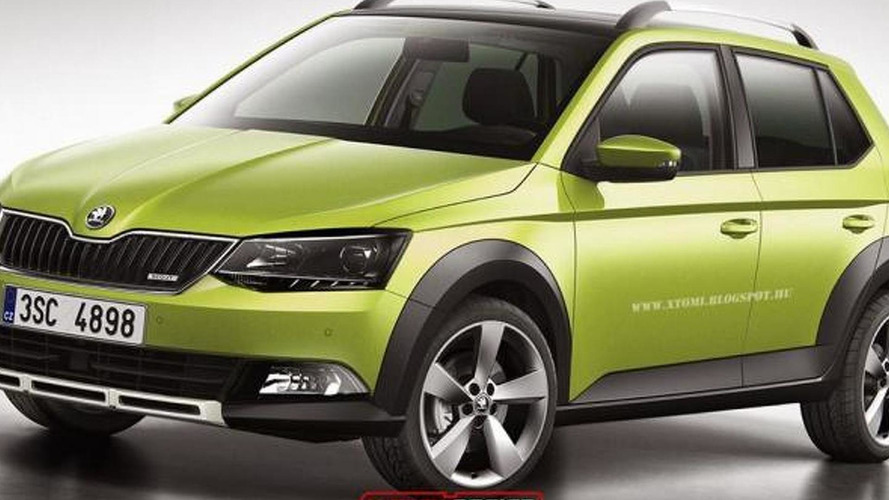 British media is reporting Skoda has plans to launch a Fabia-based crossover in 2017.

British media is reporting Skoda has plans to launch a Fabia-based crossover in 2017.

The previous generation of the Skoda Fabia received a more rugged Scout version based on the wagon and featuring plastic body cladding along with a jacked up suspension. The third generation of the supermini is now expected to spawn a crossover, but don't expect an all-wheel drive layout as the car will continue to be FWD. It will ride on the same short version of the MQB platform and should be powered by the Fabia's punchiest motors, the 110 PS 1.2 TSI and the 105 PS 1.4 TDI.

In terms of design, it's not that hard to image how the car will look like since Skoda (being part of VAG) prefers to carry over many styling cues from one model to another. The car in question will have many in common with Volkswagen's unreleased Polo-based crossover and should feature front and rear skid plates, plastic cladding around the wheel arches and bumpers, along with a raised suspension granting some mild off-road capabilities.

Expect the model to be roomier than the regular Fabia, especially as far as headroom and trunk capacity are concerned. There aren't going to be any alternatively-powered versions as hybrid and electric derivatives would bump the price beyond what you would expect from a Skoda.