The company tells us that it's only for China.

Aston Martin models are returning to the brand's roots by using straight-six engines again for the first time in decades. A teaser on the Chinese social media site Weibo lets the company offer a glimpse of the DBX with this new powertrain option. It debuts on November 13.

Motor1.com reached out to Aston Martin to enquire about this variant of the DBX being available elsewhere. "DBX Straight-Six is exclusively offerted in China. There are no plans currently to expand into other markets," a spokesperson for the automaker said.

While the teaser from China doesn't provide any mechanical details, Aston Martin confirms plans to use the Mercedes-Benz-sourced mild-hybrid 3.0-liter turbocharged inline-six. This engine is in the AMG 53 models where it makes 429 horsepower (320 kilowatts) and 384 pound-feet (521 Newton-meters) of torque. There are no details about whether this output is the same for the DBX.

In the Mercedes products, the engine hooks up to a nine-speed gearbox and has all-wheel drive. Again, there are no official details about the inline-six DBX's drivetrain, but we bet these parts carry over to the Aston Martin.

Here Are Some Of The DBX Models Coming: 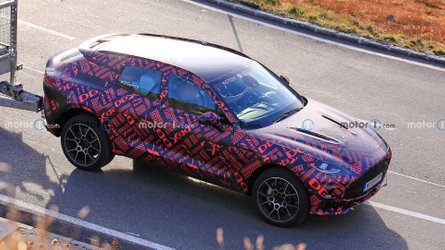 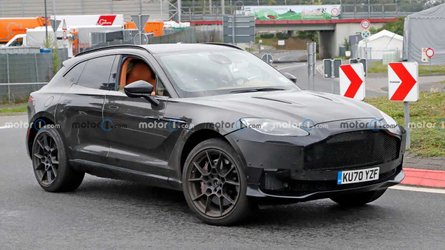 Several more DBX variants are on the way. The performance-focused S grade reportedly boasts an AMG-sourced engine making around 700 hp (521 kW). A plug-in hybrid variant is likely, too. The crossover might even get a coupe-like version for buyers who prefer a sleeker appearance and a seven-seater for customers who want more room.

The DBX has been a massive success for Aston Martin. Deliveries only started in the late third quarter of 2020, and the crossover has been outselling all of the brand's other products combined.

From January through September 2021, Aston delivered 2,186 examples of the DBX. In comparison, all of the other models had a combined volume of 2,064 vehicles. The automaker's revenue is up 173 percent over the same period last year.