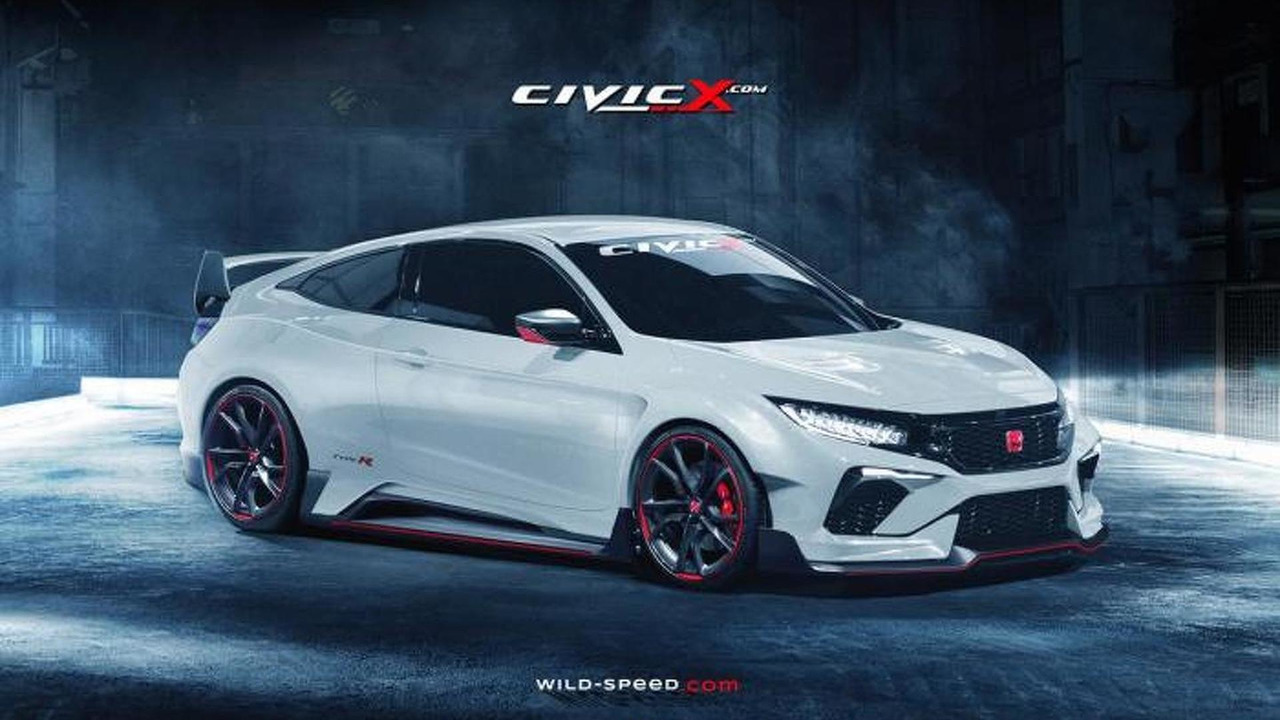 Honda took us by surprise at the beginning of the month when they took the wraps off a Civic Coupe concept which previews the tenth generation of the model due later this year in United States. They also said a Type R version will be commercialized stateside but they didn't specify whether it will a five-door hatch like the one sold in Europe. We do know the regular all-new Civic will be available in sedan, coupe, hatchback and Si flavors which will be followed by the range-topping Type R model.

Wild Speed designed to turn the Civic Coupe concept into a Type R model by applying a more aggressive body and installing a quad exhaust system with the tips installed in the middle similar to those on the Corvette Stingray. The white body is combined with some red accents on the lower sections of the car and wheels matched with red badges and brake calipers.

We remind you the Euro-spec Civic Type R hatchback packs a 310 PS punch from a four-cylinder 2.0-liter turbocharged gasoline engine mated to a 6-speed manual gearbox. It rockets to 62 mph (100 km/h) in 5.7 seconds and will keep on accelerating until 167 mph (270 km/h).