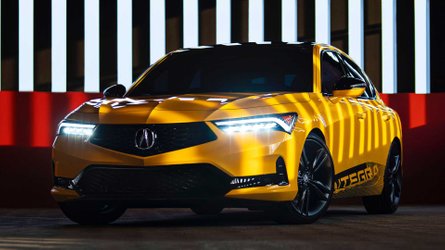 There had been rumors about the Integra's revival, but most were still taken by surprise when Acura made the announcement at the reveal event for the NSX Type S. Dormant for 15 years, the name is coming back for a sporty five-door liftback to be offered from 2022 by Honda's luxury division. Come to think of it, the Integra has already returned, taking the shape of a latest-generation Civic for China looking a tad different. Confusing, we know.

Bear in mind we won't be seeing the production version tonight, but rather a prototype. However, if it's anything like the Civic Prototype from a year ago, the road-going model should remain largely the same. With the demise of the Civic Coupe, we're glad Honda is still catering to enthusiasts by offering a sporty compact offering, even if it has a few extra doors. Of course, there's always the Civic Si sedan and the upcoming Type R hot hatchback.

The million-dollar questions are: What sort of car will the 2023 Acura Integra be? Just a sportier and more stylish Civic sedan with the added practicality of a liftback? A separate model without too many Civic ties? Will there be subsequent derivatives with four or even just two doors? Whatever the case may be, a teaser video has revealed the car will be offered with a six-speed manual transmission.

Developing a new car from scratch without any parts shared with the Civic doesn't sound like a good business decision, especially with crossovers being far more popular nowadays. Therefore, we're expecting the resurrected Integra to stay close to its Honda roots. The jury is still out on whether it will be similar to Civic Si performance or Acura plans to level up to the Type R. Of course, maybe there will be two different flavors of the Integra to mirror the Si and R. 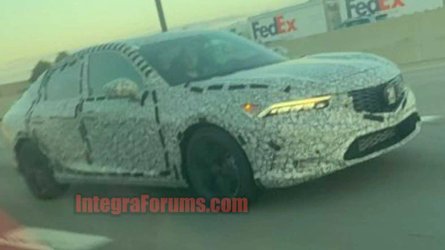 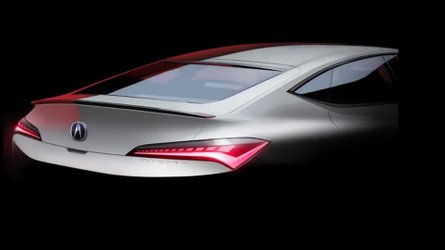 Regardless, the new arrival will act as an entry-level model in Acura's lineup instead of replacing the aging ILX, which still uses the ninth-gen Civic's bones. At the very least, it should match the oomph offered by the new Civic Si with its turbocharged 1.5-liter gasoline engine. That means we're looking at a minimum of 200 horsepower and 192 pound-feet (260 Newton-meters) of torque.

Should Acura grab the rumored 2.0-liter engine from the future Civic Type R, power ratings are probably going to range from 315 hp to 335 hp. While earlier reports had claimed the new Type R would be a hybrid with all-wheel drive, the latest intel suggests it will stick to the tried-and-tested gasoline FWD formula. Much like the Si, the Type R will be a manual-only affair, and it would make sense for an equivalent Acura Integra to also come exclusively with a clutch pedal.

Join us tonight from Los Angeles where the official debut is set to take place. The livestream starts at 8:35 PM EST / 5:35 PM PST. In the meantime, here is China's Honda-badged Integra.