We can't wait to see it in HD.

Things have been relatively quiet since the Corvette Z06 debuted last month, but a new juicy tidbit we had not seen before has emerged on YouTube. Courtesy of Rick "Corvette" Conti, a salesman at a Chevrolet dealership in Pataskala, Ohio, we have the opportunity to see the start up screen the driver's fully digital instrument cluster shows whenever you fire up the engine.

The video quality is far from being ideal, but the few pixels we can see show Z06 owners are in for a treat since the animation looks rather sweet. It starts off by showing the glorious 5.5-liter DOHC V8 engine with its much-hyped flat-plane crankshaft and 8,600 rpm redline before all of the mid-engined car's underpinnings appear onto the digital display.

After showing the back of the car, the animation switches to the Z06's side profile and it appears that the sports car starts to move. It would be neat if Chevy's software team were to make an extra effort to match the color and body style of the animated Corvette with the actual vehicle, but perhaps we are asking too much. That said, some high-end vehicles do that for the 360-degree camera by showing a color-coded vehicle on the infotainment's touchscreen.

We're anxious to see the start up screen of the 12-inch display in high definition as well as the tachometer while the naturally aspirated mill revs all the way up to 8,400 rpm when the peak power of 670 hp (500 kW) kicks in. As a refresher, the maximum torque of 460 pound-feet (623 Newton-meters) arrives at 6,300 rpm.

In ideal conditions, the digital instrument cluster's speedometer goes up to 60 mph in merely 2.6 seconds, prompting some to say the Z06 has graduated to supercar status. Another reason why the latest Corvette is hotter than ever is the impressive quarter-mile time of only 10.6 seconds. The top speed hasn't been announced, but it's likely close to the 200-mph mark.

Chevy will start production of the new Corvette Z06 in the summer of 2022, with the order banks to open before that. Early reports suggest it's a massive commercial success as one dealer claims the waitlist is already at 3-4 years in only a couple of weeks since the official debut.

The Z06 Is Finally Here: 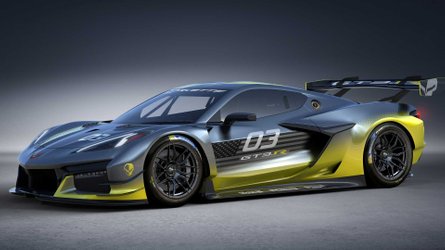 Chevrolet Corvette Z06 GT3.R Is A Legit Race Car You Can Buy
⠀ 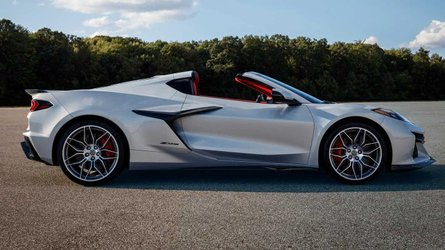