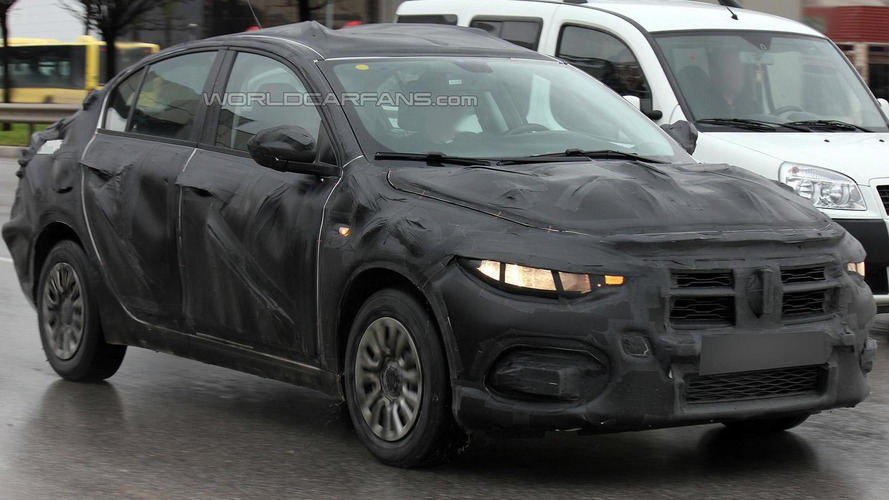 A heavily camouflaged prototype of the Fiat Linea replacement has been caught on camera undergoing preliminary testing in Italy.

A heavily camouflaged prototype of the Fiat Linea replacement has been caught on camera undergoing preliminary testing in Italy.

The current Linea has been on sale since 2007 so it's in dire need of a replacement which will likely be out late next year to tackle the Peugeot 301, Dacia Logan and other similar budget models. According to a report from November 2014, the car is expected to lose the "Linea" moniker as the model will be integrated in the next-gen Bravo lineup so it will likely be called Bravo Sedan and join the regular hatchback and a wagon version which will serve as a successor for the Stilo MultiWagon.

These new models are part of a €1 billion investment made by Fiat's Turkish joint venture Tofas and will be produced for European market in Bursa, Turkey. Chances are the next generation Fiat Bravo lineup will use the Small Wide Architecture which has underpinned the Fiat 500X / Jeep Renegade duo.