Update: The livestream is over and the Solterra is here! The Japanese-spec model is revealed; US-spec information will come next week ahead of the Los Angeles Auto Show. Read about it in our debut post. 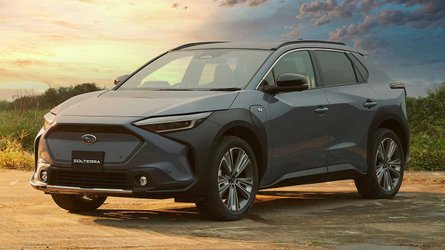 At long last, Subaru is about to take the wraps off its electric SUV. Originally teased as an angular concept in January 2020 before getting the "Solterra" name in May 2021, the zero-emissions model will be going on sale in the United States for the 2023 model year. Before that happens, we will see it later this month at the Los Angeles Auto Show following today's world premiere.

The surprisingly revealing teaser campaign means the cat is pretty much out of the bag in terms of design. Unsurprisingly, the edgy Solterra will look a lot like the Toyota bZ4X as the two EVs have been developed together. It will be the same story on the inside where a large touchscreen will dominate the center console, joined by a digital instrument cluster mounted all the way back. The switchgear and many of the other bits and bobs are likely to be shared by the two SUVs.

While the Toyota model will also be offered with a front-wheel-drive layout featuring a sole electric motor, logic tells us its Subaru cousin will be an all-wheel-drive-only affair as you would expect from a model carrying the Pleiades badge with a cluster of stars. In the bZ4X, the dual-motor variant with AWD provides a combined output of 215 horsepower (160 kilowatts), which is good for a 0 to 62 mph (100 km/h) run in 7.7 seconds.

As far as range is concerned, the Toyota model comes with a 71.4-kWh lithium-ion battery pack good for more than 280 miles (450 kilometers) per WLTP, but that number will likely decrease for the EPA rating. When charged at 150 kW, it will take about half an hour to replenish the battery to 80 percent, and the bZ4X promises a battery degradation of only 10 percent after a decade of use. 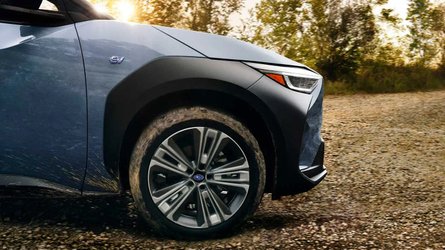 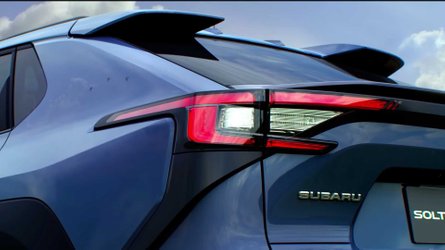 Weight is always a concern when dealing with fully electric vehicles, so you should know its Toyota sibling with AWD tips the scales at 2,005 kilograms (4,420 pounds) before adding options. The FWD configuration is a tad lighter after taking out the rear motor, weighing from 1,920 kg (4,232 lbs).

Join us for the world premiere to discover all the details about the 2023 Subaru Solterra. The livestream starts at 7:30 PM Eastern Time on November 10 or 0:30 AM GMT on November 11 if you'll be watching from Europe.