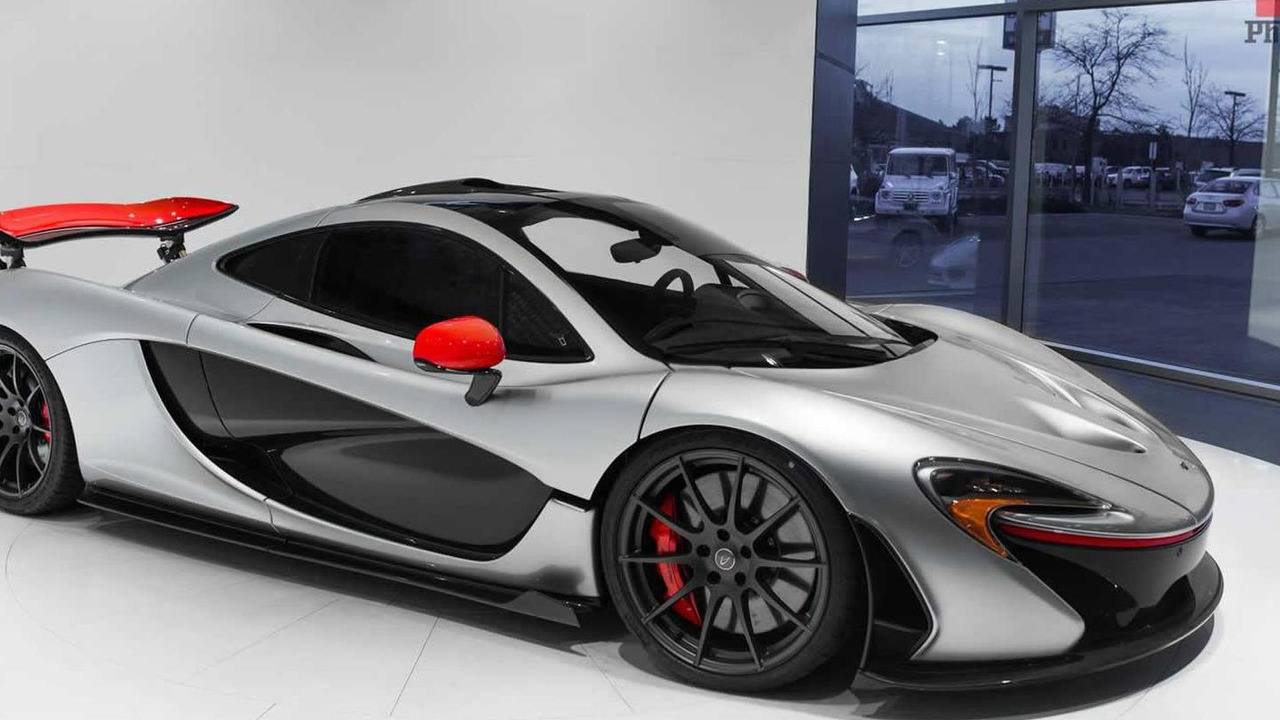 A tailor-made McLaren P1 by MSO has arrived at Pfaff McLaren dealership located in Ontario, Canada.

A tailor-made McLaren P1 by MSO has arrived at Pfaff McLaren dealership located in Ontario, Canada.

McLaren's MSO division has been very busy in recent months customizing many of the P1 units and this latest example has received a Mercury Silver paint combined with red accents seen on the mirror caps, rear wing, brake calipers and also on the front lip. It also has chrome badges, "McLaren" lettering under the rear wing and the wheels and rear engine deck from the stealth package.

McLaren has already sold all 375 units of the P1 and some of the cars pampered by MSO got a gold engine cover & wheels, an F1 GTR-inspired livery while 20 units are getting a full carbon fiber body. There's also a tacky metallic green & bright yellow P1 somewhere in China but hopefully that car wears an aftermarket wrap and has nothing to do with McLaren Special Operations.