“The Bronco Nation” reps got an early first look at the off-roader after SEMA.

Already one of the most popular and capable off-roaders out there, the Ford Bronco will get an even more aggressive variant within a few months. Seen wearing limited camouflage by members of the online forum The Bronco Nation, the 2023 Ford Bronco Raptor follows a similar formula as the desert-ready F-150 variant, with aggressive bodywork, more power, and a commanding stance.

According to a news post appearing on the forum, the in-person first look happened at an undisclosed location following the 2021 SEMA Show, where the Bronco was an unsurprising star. Countless variants of the off-roader appeared at the aftermarket accessory showcase, including a cadre built in partnership with Ford itself. However, the Bronco Raptor promises to be even more aggressive and capable than any of its siblings.

The Bronco Nation reports that the Raptor will likely come with an EcoBoost V6 that’s upgraded from the current 2.7-liter, which makes 310 horsepower and 400 pound-feet (231 kilowatts and 532 newton-meters). It’s possible that Ford will shoehorn a light-pressure version of the 3.5-liter EcoBoost under the hood of the Bronco, making 350 hp (261 kW) or so, with a 10-speed automatic serving as the only available transmission.

Upgrades aren’t limited to the engine, either. The first look showed definitive proof of a wider track and massive fender flares, and the forum reported that the SUV had standard 37-inch tires. We’d expect improved performance in high-speed off-roading, perhaps at the expense of maneuverability on narrow trails. Such is the mission of a Raptor-branded Ford product.

Speaking of, the Bronco will follow its F-150 sibling styling-wise, with a bold “RAPTOR”-branded front grille with amber clearance lights. It’s not certain whether those lights are mandatory as they are on the wide-body F-150 Raptor, but they look cool nonetheless. Apart from the arch-filling tires and wide fender extensions, the Bronco looks mostly similar to its Wildtrak and Badlands siblings, but that’s not a bad thing – every retro Ford sport-ute is attractive.

The Bronco Nation says to expect the Raptorized SUV by the middle of next year. Pricing is still a question mark, but don’t expect a lot of change from $60,000 given the Wildtrak four-door starts at $50,970. 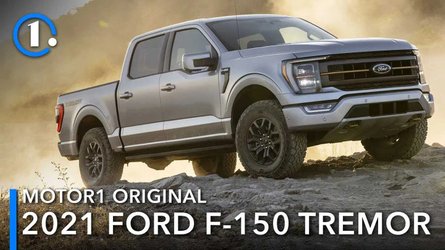 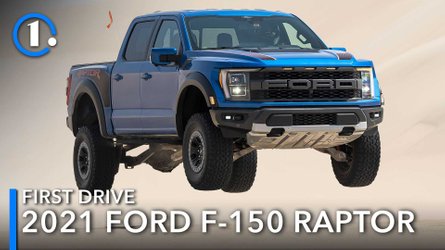