No one will be surprised to learn that the percentage of drivers who know how to use a manual transmission is much lower than it has been in the past. It’s even the subject of one of the oldest memes in car-dom: that fabled “millennial anti-theft device.” Well, Saturday Night Live is cashing in on that very trope in one of its latest sketch, starring Chris Redd, Kenan Thompson, and guest host Kieran Culkin.

The setup is classic heist film: Kenan Thompson plays the hapless security guard employed by some wealthy individual in the Hollywood hills to guard a collection of pricey cars. Within moments, he’s knocked unconscious by Chris Redd (The Thief), working alongside Mikey Day (The Hacker) and Kieran Culkin (The Mastermind). The trio are working to steal one of the rarest cars in the collection, an early Lamborghini Diablo. However, the Thief hits a snag when he realizes the car is equipped with seemingly advanced technology – three pedals and a gear lever that moves up, down, and side to side. 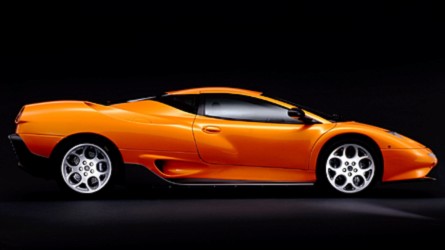 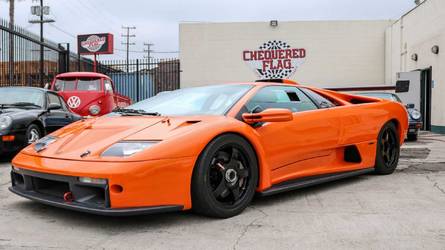 With time running out on the Hacker’s security system override, the Thief's overly cocky wheelman attitude persists even as his utter inability to drive stick enrages his employer (and amuses the tied-up security Kenan). The short film’s visual effects leave a little to be desired, but the humor is there. The best line comes from the Thief, who’s shocked he needs to use both feet to drive – “Who do you think I am, Fred Flintstein?”

Chris Redd is a master at portraying the confident-but-inept criminal, all braggadocio with zero talent, and we’d love to see his character tackle a Ford Model T, a vehicle whose controls are so complicated, even its longtime owners have trouble driving it smoothly. Until that skit comes out, we’ll just watch him destroy the Diablo on repeat.

Disclaimer: No Lamborghinis were hurt in the making of the sketch. Probably.