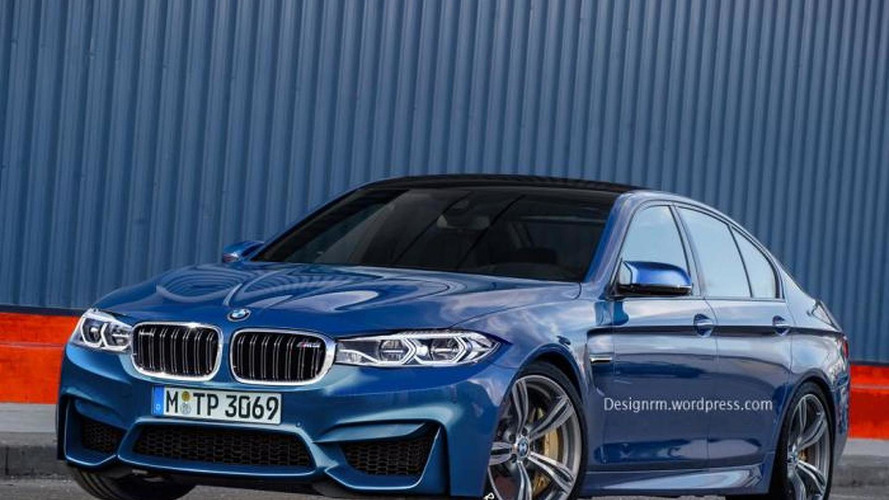 RM Design has speculatively rendered the next generation BMW M5 set to come out before the end of the decade.

RM Design has speculatively rendered the next generation BMW M5 set to come out before the end of the decade.

BMW's designers will probably take the evolutionary route with the 5-Series (G30) set to come out in the second half of next year which means the range-topping M5 won't be out sooner than late 2017 / early 2018. RM Design decided to share his vision of the high-performance mid-size Bavarian sedan which for the first time in its history will likely receive an optional xDrive all-wheel drive system.

RWD will obviously be standard and power should come from the same twin-turbo V8 4.4-liter engine from the current model but massaged to deliver up to 626 HP (460 kW). All that power will come in a significantly lighter package as the new 5-Series is expected to drop around 100 kg (220 lbs) as a result of making the switch to the new 35up platform debuting later this year on the 7-Series.

This time around, hopefully BMW will bring back the M5 Touring to tackle the Audi RS6 Avant, Mercedes-Benz E63 AMG Estate and other fast wagons.