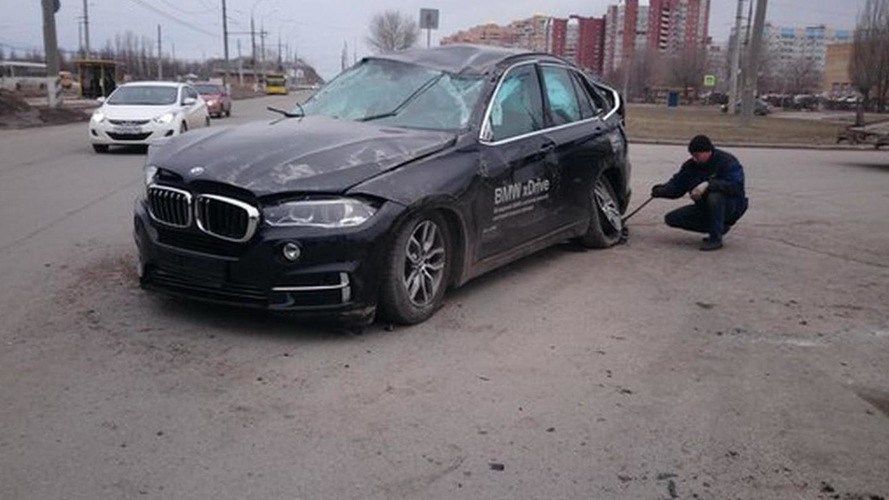 A BMW X5 xDrive test drive in Russia has ended with a serious crash caused by the driver.

The accident reportedly occurred two days ago in the city of Togliatti in Russia. A 28-year old man who was interested in buying the X5 took it for a test drive along with a manager from the local dealership of the German brand.

We don’t have all the details about the crash, but according to the police report the driver lost control of the machine and hit a curb. Shortly after, the X5 flipped over, leaving the driver and the passenger slightly injured.