Can A Tuned Nissan GT-R Beat A Tesla Model S Plaid In A Drag Race?

On an unprepared surface, turns out only one car can beat the latest Model S update.

In a previous drag race video, which was actually a long discussion on why the CT5-V Blackwing is an icon, the Tesla Model S Plaid proved that it's a crazy quick car that can beat the quickest BMW of all time and the most powerful Cadillac of all time.

That result was quite expected given their official output figures and their performance numbers. But what if the contender is a tuned example without any official performance numbers, specifically, a Nissan GT-R that puts out 1,100 horsepower at the wheels?

That's exactly what we have here, courtesy of YouTube's Throttle House.

But first, the Model S Plaid had to face a Porsche 911 Turbo S in an unprepared drag strip. I think we can all agree that the 911 Turbo S is also a rocket based on the many drag race videos that it starred in.

Then again, the Tesla was proven too much for the Porsche, even with the former not even using its drag strip mode. Otherwise, it wasn't even close. 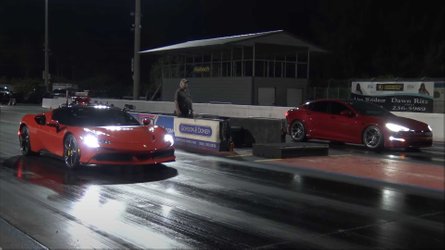 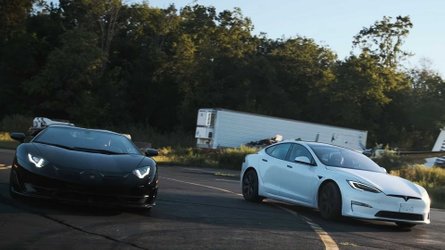 It was the same story for the Nissan GT-R, though. Even with so much power going to the wheels, the tuned Godzilla had one shot against the Tesla, but it came up short as well. The Throttle House team even tried to host a rolling race between the two but they failed to finish it for an undisclosed reason.

As it turns out, only one car can beat the Model S Plaid in Throttle House's straight-line shootout, and that's the wildcard contender that wasn't introduced initially. What was it, though? You need to watch the video atop this page to find out. And yes, you won't see it coming.