A cherished Ford Contour is a rarity, especially these days.

If you mention the Ford Contour to anyone, you'll likely get one of two reactions. It's either someone shares fond (or not so fond) memories of owning one, or draw a blank expression. The Contour isn't exactly one of Ford's most memorable models in North America. That said its European counterpart, the Mondeo, enjoyed much more success.

The Contour Lives On...Sort Of:

In North America, the Contour was sold from 1995 to 2000. It wasn't a total sales flop given that there were times it went beyond 100,000 sold per year, but it was no runaway success either. There's the SVT model that came later in its model cycle, but the more pedestrian models are mostly forgotten. It's been more than 20 years since it was discontinued, and you won't find a lot of cherished examples these days. 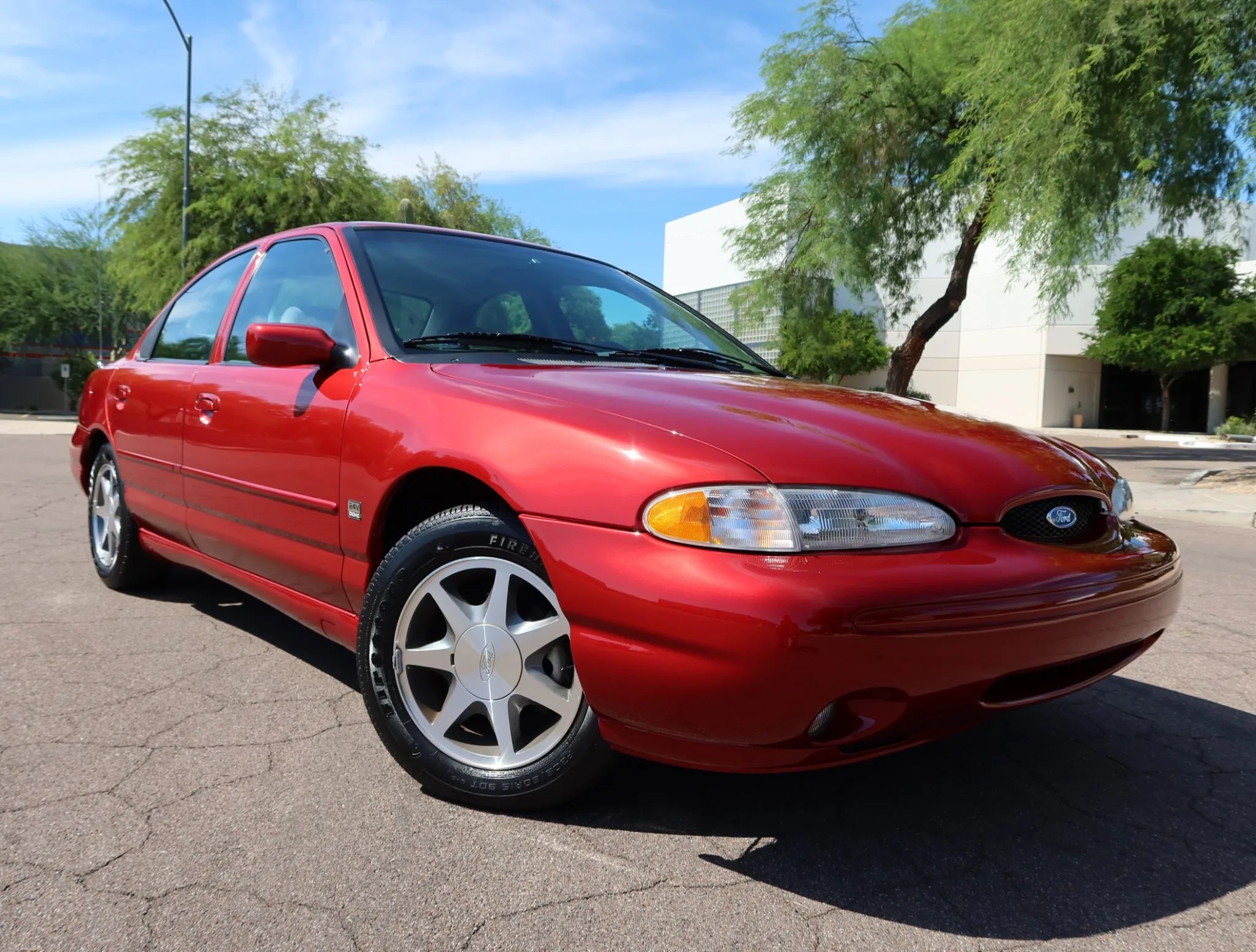 Which is why this particular Contour found in Bring A Trailer piques interest. Not only is it an immaculate-looking example of the earlier model, the specification is rather interesting. This particular car is the higher-spec SE V6. But whereas most of the six-cylinder Contours came with an automatic, this one has a manual transmission. Ironically, the manual was the standard transmission even for the V6, but more people were willing to pay more for the optional self-shifter. 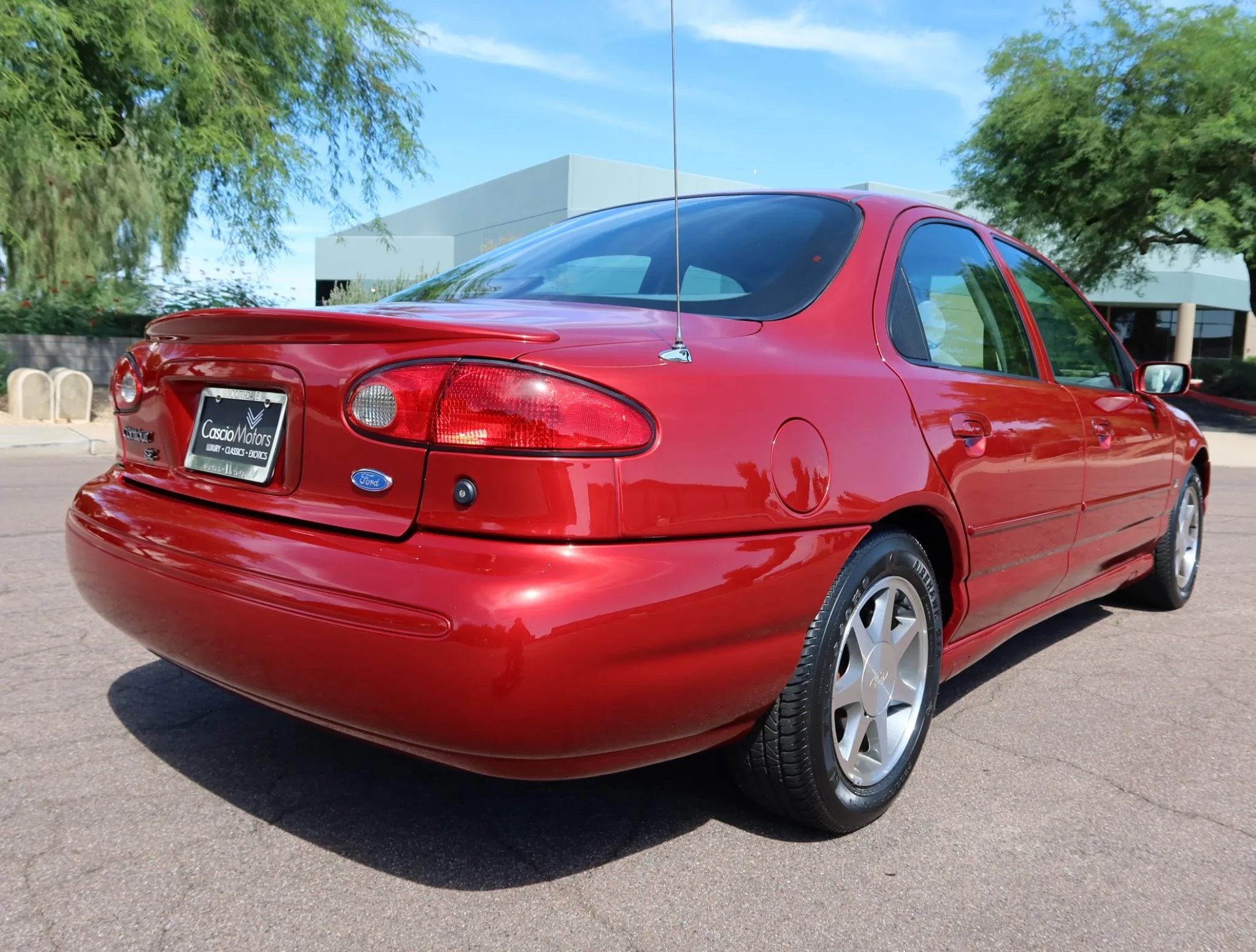 But that's not the only interesting thing about this sedan. The car only has about 4,600 miles on the clock. Per the Bring A Trailer listing, this 1996 Contour SE V6 was a one-owner car right up until this year when it was sold to the selling dealer. If we try to compute its average annual mileage, this car only did 184 miles per year in the last quarter century. 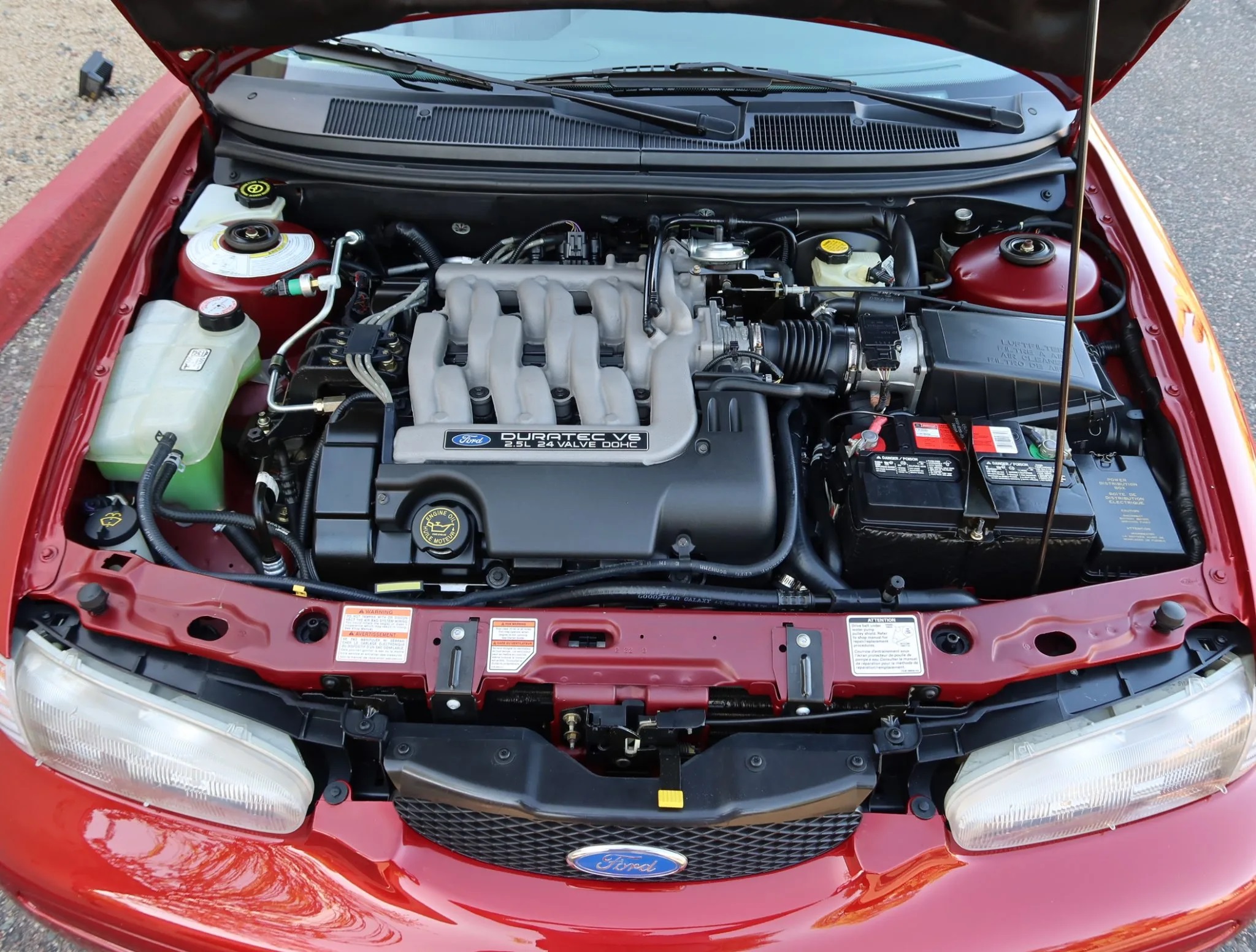 Since we mentioned its specification, it's a good time to talk about its V6 engine. It's a 2.5-liter mill that's good for 170 horsepower (130 kilowatts) and 165 pound-feet (224 Newton-meters) of torque. Those numbers aren't exactly headline grabbing, but the development story of the Duratec V6 is worth a mention. According to an Autocar issue from 1994, Ford called Porsche in to develop the Duratec V6. The German company did a fair chunk of the engineering work for it as well. It's no Panamera, but it's an interesting tidbit of history nonetheless. 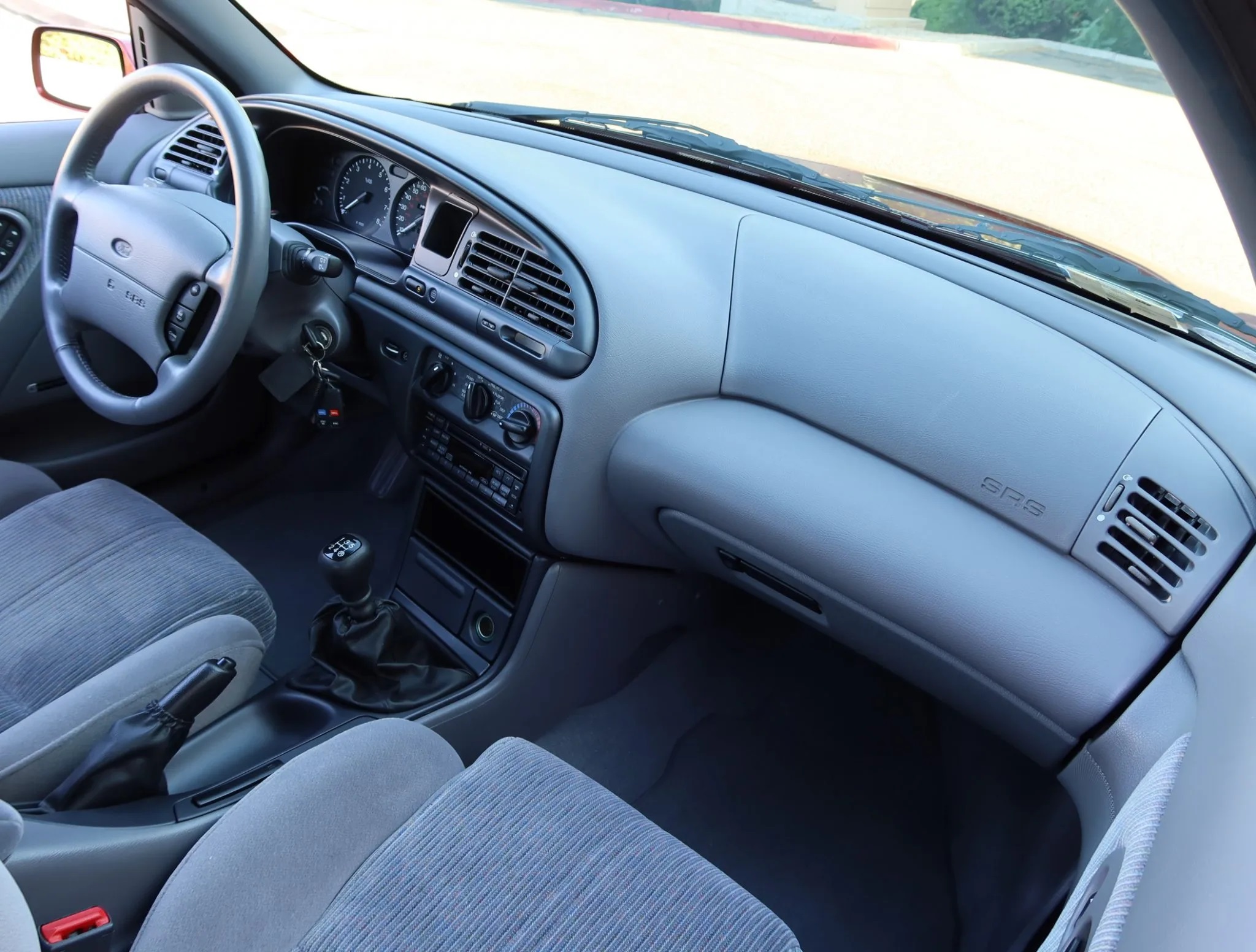 At the time of writing, the top bid for it is now at $ 5,100. Yes, there are some people who think its worth shelling that much for a 25-year old Contour. On the other hand, a little over $ 5,000 for a Porsche-engineered car sounds a bit of a bargain.