Ryan Tuerck is back with another bonkers creation.

You may know Ryan Tuerck as a Formila Drift championship contender, currently driving a Toyota Corolla Hatchback built by Papadakis Racing. However, the professional drift racer is actually into building cars. The last one we've seen from Tuerck was from 2016 SEMA Show when he successfully shoehorned a Ferrari 4.5-liter V8 into a Toyota 86 and called it the Toyota GT4586.

However, Tuerck isn't just done yet in creating bonkers builds. In time for this year's SEMA Show, he introduced a completed Formula Supra. Obviously you're seeing slight deviations when it comes to the sports coupe's design but what makes this Supra special is what resides under its hood – a Judd GV4 4.0-liter V10.

For the uninitiated, Judd V10s have become a prominent name in motorsports, most notably in Formula One during the '90s. In particular, the GV4 V10 went as far as the 24 Hours of Le Mans and an overall victory for Doran Lista at the Rolex 24 at Daytona in 2002. And as you would expect from a high-revving, naturally-aspirated race car engine, this thing makes a divine song.

With a custom driveshaft and a rear differential from a Ford Explorer, the Judd V10 here makes 750 horsepower (559 kilowatts), sent to the wheels via a Holinger six-speed sequential transmission. 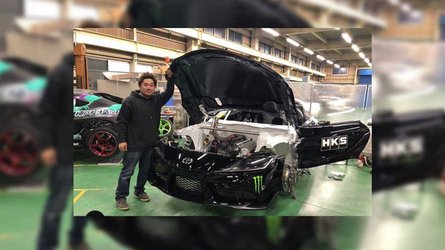 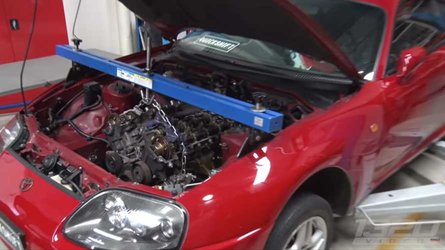 Tuerck's V10-powered Supra took over a year and a half to be completed, with several body modifications employed to a finished product that you see here today. Of course, that's with some help from fabricator Dominic Biro at the Race Service garage in Los Angeles.

Tuerck unveiled the Formula Supra at this year's SEMA Show, but the video above shows a preview of how it performed in the dyno. Now, before you go ahead and watch the video atop this page, I'd like to implore you to get your best headphones as the final part is best heard with the noise cancellation on.