That's not buffing out.

The laws of physics don't discriminate. It doesn't matter if your brand new supercar is really new, as the McLaren Artura is. The high-performance hybrid debuted earlier in 2021 and deliveries to customers only recently began, but sadly there's already an Artura casualty.

Fortunately, it appears the only injuries are to the cars in this collision. Supercar Fails on Instagram states the crash happened in Spain, and in the video, we hear people saying they are okay. That's good, because head-on crashes can be nasty and this one certainly did some damage to both cars. Speaking of which, that's a BMW 3 Series facing off with the Artura, and while we don't know the circumstances leading to this crash, commenters in the Instagram post claim the Artura was actually a press car from McLaren that crossed the centerline.

The Artura is McLaren's first production-series hybrid. Whereas the P1 was ultra-exclusive and ultra-expensive, the Artura's $225,000 price tag and higher production targets make it more attainable for those who can afford such things. On the flip side, it nearly matches the P1 for performance thanks to its 671-horsepower (500-kilowatt) hybrid powertrain, consisting of a twin-turbocharged 3.0-liter V6 and a single electric motor. 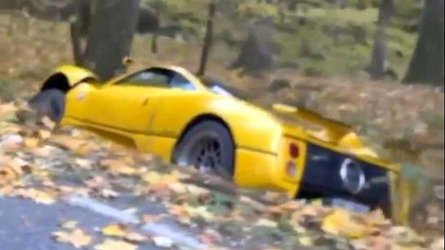 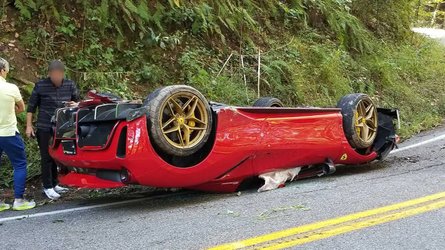 Ferrari 488 Driver Crashes Car During Tail Of The Dragon Cruise

The supercar reaches 60 mph in 3.0 seconds, and McLaren limits it to a 205-mph top speed. Being a plug-in hybrid, it can also go 19 miles on electric power alone. Its lithium-ion battery pack can be charged to 80 percent in 2.5 hours, but it's not saddled with excessive weight. Thanks to clever packaging and lots of carbon fiber, the Artura weighs just 3,303 pounds.

Obviously, this particular Artura isn't going anywhere on its own. Damage to the front is extensive, but seeing the door open is a good sign. We can't tell if there's damage to the cockpit, but if the front crumple zones did their job, it's possible the car could be repaired despite how bad it looks. As for the BMW, doors are open there as well, but the gap between the door and fender looks mighty slim. A tweaked unibody would likely mean the 3er is totaled.

Either way, it's certainly an expensive mistake. Stay safe out there folks, and try not to give in when the devil on your shoulder tells you to pin the throttle.