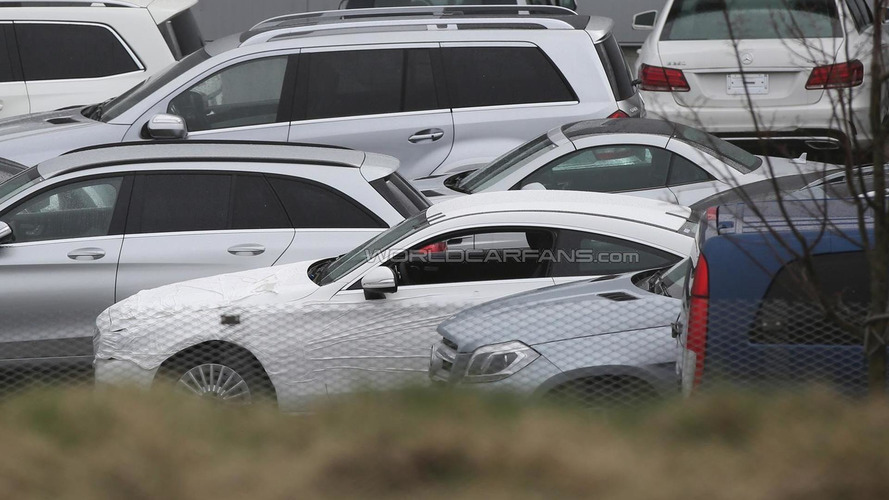 A thinly camouflaged prototype of the Mercedes-Benz C-Class Coupe has been photographed prior to a full reveal set for September at the 66th Frankfurt Motor Show.

A thinly camouflaged prototype of the Mercedes-Benz C-Class Coupe has been photographed prior to a full reveal set for September at the 66th Frankfurt Motor Show.

Even though these are not the best angles possible, the attached pics are by far the most revealing shots of the upcoming C-Class Coupe which as you can see adopts a considerably more sloped roofline creating a much sexier look. Design chief Gorden Wagener has previously said the C-Class Coupe will have a design sleeker and more beautiful than the mighty S-Class Coupe. Moreover, he also specified it will be "even better to drive than it looks."

Riding on the same MRA platform as the sedan and wagon, the C-Class Coupe will use virtually the same engines as its siblings, all the way up to a twin-turbo V8 4.0-liter which will power the Mercedes-AMG C63 & C63 S Coupe where it will deliver 476 HP & 510 HP.

Wagener said the new C-Class Coupe will be the "coolest version" of the W205 generation which is set to grow next year by the addition of a soft top convertible. Until then, expect the coupe to come out in September at the Frankfurt Motor Show so we won't be too surprised if the first official images will hit the web in the second half of August.