To be fair, three minutes makes for a very short film. But honestly, with real-life actors and what appears to be real-world scenes blended almost perfectly to game footage, this could be one the best-looking teaser clips for a video game we've ever seen. Some classic BMW love isn't bad either.

It all combines to make a very compelling case for the latest iteration of the Forza racing game franchise. Forza Horizon 5 launches in limited capacity on November 5 – just two days away as of this article posting – and so far we absolutely love what we see. The video opens with "the getaway driver" though in this instance, it references a taxi driver shuttling people as they get away on their vacations. It's a humdrum life, until a wild-eyed version of himself hops into the back seat of what appears to be an E12 BMW 5 Series. How cool is that? 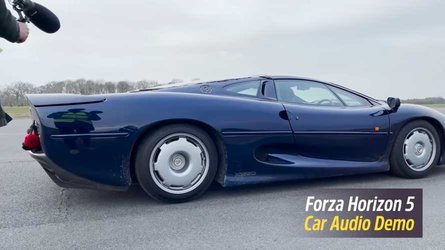 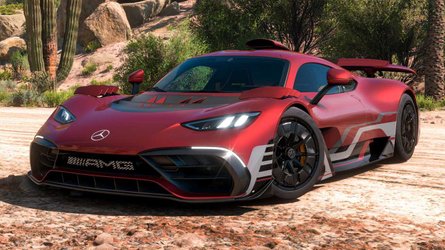 It gets cooler, as the short film sees the Bimmer outrun a sandstorm before cruising through a jungle near some ancient ruins. After a monumental jump across, well, the jungle, driver and passenger land in a town just in time to race an old air-cooled Porsche 911 along the waterfront. Wait, did we say waterfront? Yes, drifting through town eventually takes the old 5 Series to the beach, where the getaway driver and his doppelganger enjoy a campfire by the ocean. All in all, it's not a bad way to promote a new driving game.

Forza's Horizon series has always erred on the arcade side of the virtual racing scene, but a truly open world with a wide array of cars has made it extremely popular for both casual and serious gamers. Based in Mexico, Forza Horizon 5 reportedly offers nearly 500 cars to choose from, and it reportedly has the largest in-game map of any prior Forza Horizon installment. In short, it should have an extremely large virtual world to explore.

We certainly can't wait to take a getaway trip for ourselves.