Slow Down: Autobahn Speed Limit Favored By Majority Of Germans

It's more about climate than safety.

Purveyors of speed love the unrestricted sections of the German Autobahn. In 1952, the government of what was then West Germany abolished speed limits, leaving such things up to individual regions. Today, limit-free stretches of highway are still quite common but a new survey says a majority of German citizens would like to change that. However, it's not due to the reasons you'd expect.

We're not talking a slim majority just over the halfway mark, either. According to DW.com, a recent poll stated 60 percent of people in the country support a limit of at least 81 mph (130 km/h), with 38 percent in favor of unrestricted highways. And lest you think it's just Sunday drivers voicing such opinions, Formula 1 champion and German citizen Sebastian Vettel is among those in favor of slowing the pace. We shared Vettel's opinion on the matter in early October, but this new poll adds more legitimacy to the argument of established speed limits for all highways in Germany.

Autobahn Is Still The Home Of Legal Speed: 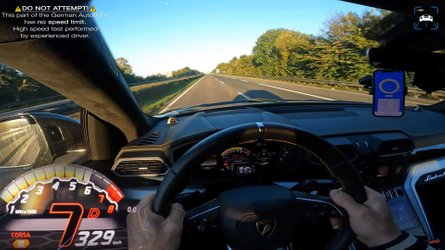 Lamborghini Urus With 840 Horsepower Hits 204 MPH On The Autobahn
⠀ 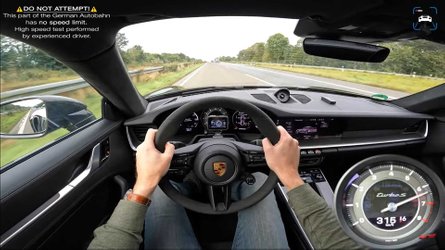 Curiously, the report doesn't highlight safety as the primary reason for this position. Higher speeds mean higher revs and more fuel consumption from internal combustion engines, and that means higher carbon emissions. When faced with a variety of actions to curb emissions in the country, German citizens favor the speed limit versus additional taxes for things like fuel or meat and dairy products. Safety is also an issue, but in this context, it seems the poll is driven by a choice of slower speeds or higher taxes.

The report goes on to state that Autobahn speed limits could reduce carbon emissions in Germany by two million tons per year. However, at this time it seems the German government isn't keen on addressing the climate issue through such limits. We'd be remiss if we didn't at least suggest the poll for speed limits might be quite different if it wasn't an issue of taxation. Given a choice of paying more money or driving a bit slower, we can absolutely understand people wanting to keep more of their paycheck.

In any case, don't expect Germany's status as a haven for speed to change anytime soon. And with electric vehicles gaining momentum as serious performance machines, the argument for lower speeds leading to lower carbon levels won't last forever.