Chevy Nomad Rendering Brings Back Memories From Decades Ago

The Nomad nameplate was used by Chevrolet in North America for three different generations of station wagons produced between 1955 and 1972. In the years after its discontinuation, the Nomad was used as a trim package, and then four Nomad concepts were presented in 1979, 1991, 1999, and 2004. There’s a new rendering making rounds on the internet, proposing what a modern-day Chevy Nomad could look like.

Rain Prisk, a master digital manipulator the work of whom we’ve covered many times, has created a very aggressive-looking Nomad interpretation. It seems to be based on the current Chevrolet Camaro, though there’s no look at the front available to confirm this Nomad wears the Camaro’s fascia. All in all, it’s a little weird-looking vehicle but we have to admit we like it a lot. 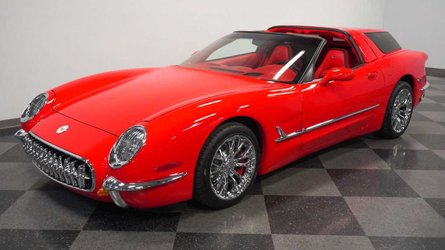 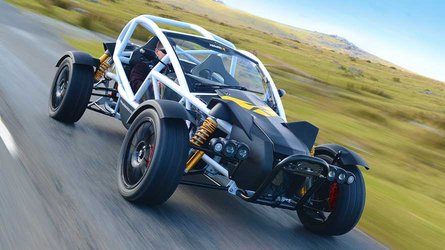 Staying true to its roots, this Nomad rendering depicts a two-door long-roof machine with the B-pillar being parallel to the C-pillar, which in this case is at the very end of the vehicle. It’s important to note, however, that the Nomad had four doors after the 1958 model year, and then between 1968 and 1972.

As a side note, between 1977 and 1981 Chevrolet used the Nomad name for a trim level of the Chevrolet Van. It was a hybrid between the cargo and passenger versions of that model with a single rear row of seats and a large carpeted cargo area at the back. GMC also had a version of this vehicle wearing the Gaucho moniker.

Back to the Nomad for the electric era, the rendering comes as a continuation of the 2004 Nomad concept which was made to commemorate the 50th anniversary of the Motorama concept and was unveiled during the 2004 Detroit Auto Show. It had the same 2+2 seat layout as the original Nomad. As far as its virtual successor is concerned, we can imagine it being powered by a V8 engine.