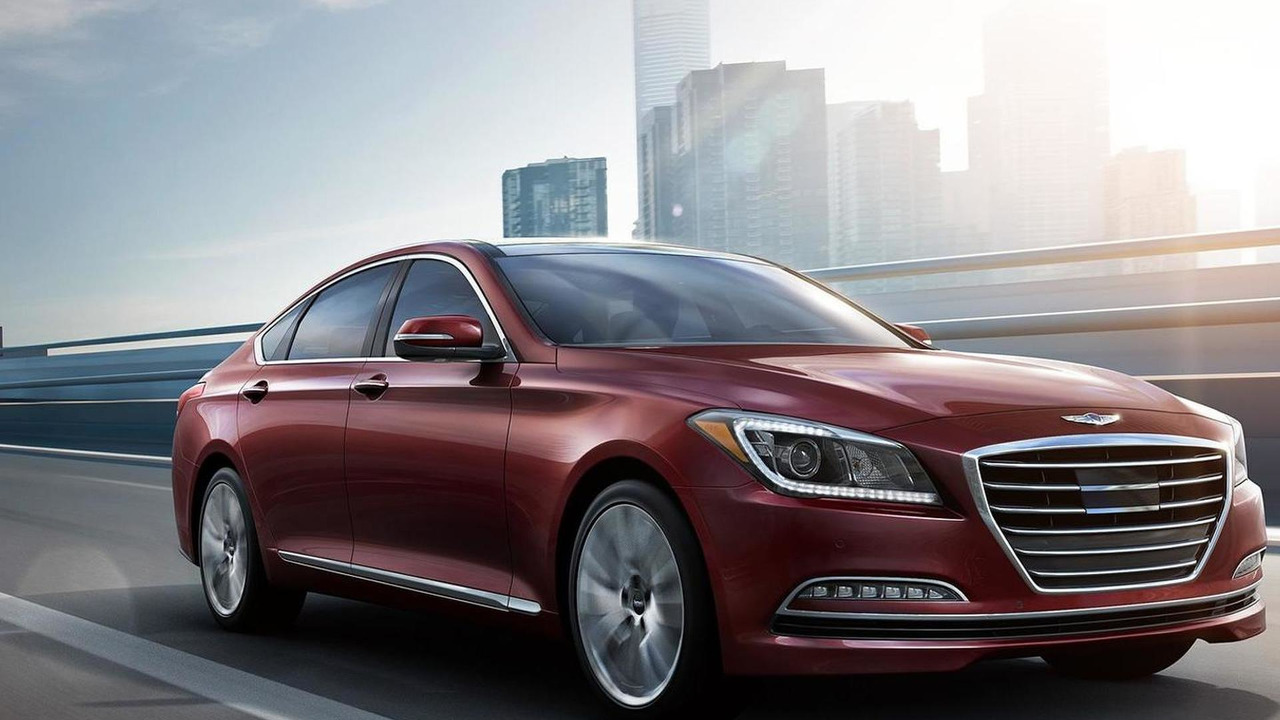 Hyundai Motor America has announced the Genesis will get a twin-turbo V6 engine in a couple of years.

Hyundai Motor America has announced the Genesis will get a twin-turbo V6 engine in a couple of years.

In an interview with the press at the ongoing New York Auto Show, Hyundai Motor America's CEO Dave Zuchowski said the mid-size sedan will receive a newly developed twin-turbocharged V6 engine in 2017 or 2018. Output is estimated to be similar to the current V8 5.0-liter engine which delivers 420 bhp (313 kW) and 383 lb-ft (519 Nm) of torque. The engine's weight will be considerably lower compared to the Tau V8 while fuel economy should be greatly boosted thanks to turbocharging so expect better figures compared to the 2015MY V8 Genesis which returns 15 / 23 / 18 in RWD guise.

Dave Zuchowski went on to specify that Hyundai will continue embracing the downsizing trend as they plan to launch more turbocharged engines with a smaller displacement and obviously lighter compared to their current crop of current motors. One recent example is the 2016 Tucson which can be ordered in United States with a four-cylinder, 1.6-liter turbocharged gasoline engine producing an estimated 175 bhp (130 kW) and 195 lb-ft (264 Nm).