All will be revealed next year.

Audi was fashionably late to the EV party, but it's working around the clock to make up for lost time with a slew of new zero-emissions models. Following in the footsteps of the E-Tron GT and Q4 E-Tron / Q4 Sportback E-Tron revealed earlier this year, the Q6 E-Tron will arrive in 2022 without sharing a platform with a current ICE-less production car from the Four Rings.

That's because the sporty sedan rides on the J1 platform shared with the Taycan and the Q4s adopt VW Group's omnipresent MEB architecture, while the new Q6 E-Tron will be one of the first recipients of the PPE platform co-developed with Porsche. The latter will obviously have its own separate model, specifically the next-generation Macan coming exclusively in EV form.

All spy shots so far have given us the impression of a larger Q4 E-Tron, and this new rendering from our buddies at Motor.es accentuates the familiar, upsized look. The upcoming electric SUV due to be built in Ingolstadt, Germany will be the size of the Q5 but with a more spacious interior comparable to that of the Q7. That makes us wonder why anyone would pick the pricier E-Tron SUV, which has its roots in a platform developed for vehicles with combustion engines, therefore the packaging is compromised to some extent.

For those wondering how the PPE is different than MEB, Audi has already revealed it will support 350-kW charging, air suspension, rear-wheel steering, and torque vectoring – none of which are available on the Q4 E-Tron, VW ID.4, Skoda Enyaq, and the rest of the MEB gang. A fully charged battery will last for more than 300 miles (483 kilometers), which isn't too bad but not exceptional either. 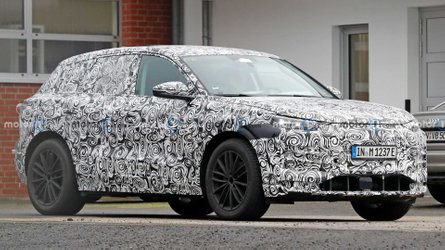 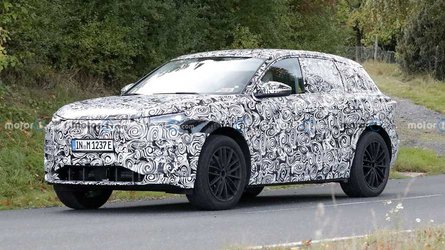 Much like Porsche will keep the gasoline-fueled Macan alive even after the EV's arrival in 2023, Audi will also retain the Q5 in its lineup for a while before discontinuing the ICE-powered model. We're already hearing rumors of a Q6 Sportback E-Tron and even an RS Q6 E-Tron with close to 600 horsepower and a massive 612 pound-feet (830 Newton-meters) of torque delivered to both axles thanks to a Quattro AWD system. However, it's too early to know for sure whether these reports will pan out.