It's hard to fathom something like this could happen, never mind putting it into words. Whatever action restores your faith in humanity, this is the exact opposite. In fact, it's so difficult to accept that we think there's more to this story than what's been reported thus far. Humanity can't be that bad.

Here are the facts, coming straight from the Memphis, Tennessee Police Department. Early in the morning on October 24, police were already on the scene for a traffic accident at 5070 Raleigh Lagrange Road, on the northeast side of the city. The report states an early 2000's blue Ford Mustang cornered a 2005 Chevrolet Corvette in a parking lot. The Mustang occupants allegedly challenged the 'Vette driver to a race, and when the challenge was refused, shots were fired at the driver after the cars left the parking lot, hitting the Corvette driver multiple times.

There's no word on the Corvette driver's condition, but Memphis police list the incident as an aggravated assault instead of murder, so we hope the driver is alive and recovering. The report doesn't offer specifics on occupants in either car, save for identifying the Corvette driver as a male. It's unclear if there was a passenger in the Corvette, but the report does suggest there were at least two people in the Mustang. It's unclear who fired the shots, or if there was more than one shooter. As of October 29, the suspects in the Mustang are still at large.

Those are the facts, and we're scouring the internet for information because frankly, we're left with more questions than answers. Among other things, who shoots a person multiple times because they won't race? We assume this was a street race being set up, which is absurd in its own right. We've seen how intense some street racers can get, but shooting someone? Perhaps we're being naive, but we refuse to lower our bar of humanity that low.

Hopefully, These Stories Will Restore Your Faith In Humanity: 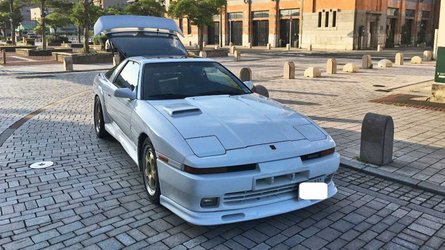 Amazing Story Of Kindness Comes From Supra Owner And His Cat
⠀ 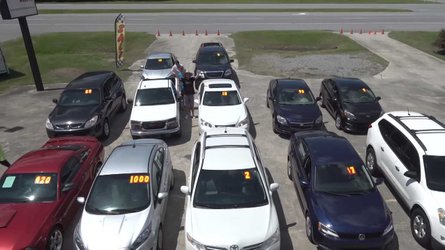 Awesome YouTuber Buys 12 Cars Worth $100k, Gives Them To Strangers

A case of road rage makes more sense here, or some kind of pre-existing relationship with bad feelings that culminated in this racing rejection. And committing a violent crime with police already nearby? Clearly, there weren't any active brain cells from the people in that Mustang. Not in chasing down and blocking another car in a parking lot. Certainly not in trying to set up a street race. And absolutely not in shooting the driver.

We'll keep looking to see if there is more to the story. In the meantime, anyone with information on this incident can anonymously contact the Memphis Police Department through crimestopmem.org or via telephone at 901-528-2274.